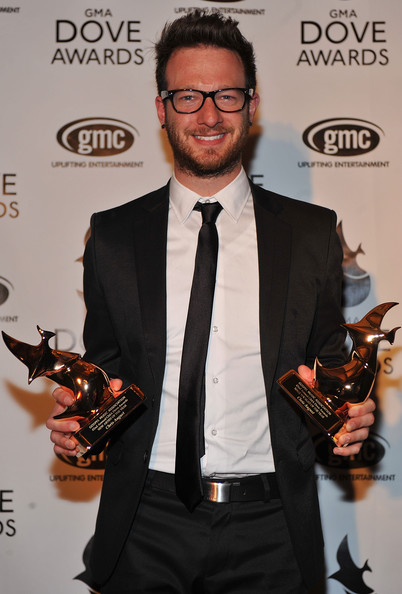 Some days, I think my career choice didn’t end up exactly how I wanted then I’m reminded of what a charmed life I really lead. Sure, I’m not a transplant surgeon or even a serial killer tracker for the FBI, but I’ve got the most gravy job out there. Where else can I stay in the relative comfort of my own home, write about TV, movies, singers and theatre shows I love? I’m sure we can all do that from our parents’ basement, but I don’t have prison pallor from living underground for months on end with the only break to be for a Cheetos run. Part of this awesome opportunity I have in writing for Boomstick, is that I’m not only able, but encouraged to go see concerts, theatre runs, films whatever the case may be. It’s good being me! So I didn’t start this just to brag on my glorious job, I get to tell you all about a fantastic event I attended last Friday and the artist I got to spend some one-on-one time with.

The musician in question is Chris August. August is one of Contemporary Christian Music’s premiere names in entertainment. He took the CCM genre by storm when he burst onto the scene in 2010. He has a recording studio in his home and that has done nothing but cultivate an amazing voice, wonderful instrumental talent and songwriting capabilities that are supremely impressive. He didn’t always have the narrow focus on being a CCM artist. He began his career a little differently in LA while under a well-known manager, singers Jessica and Ashley Simpson’s father, Joe. After unsuccessfully renegotiating his contract with Geffen, he returned home to figure out the next step. 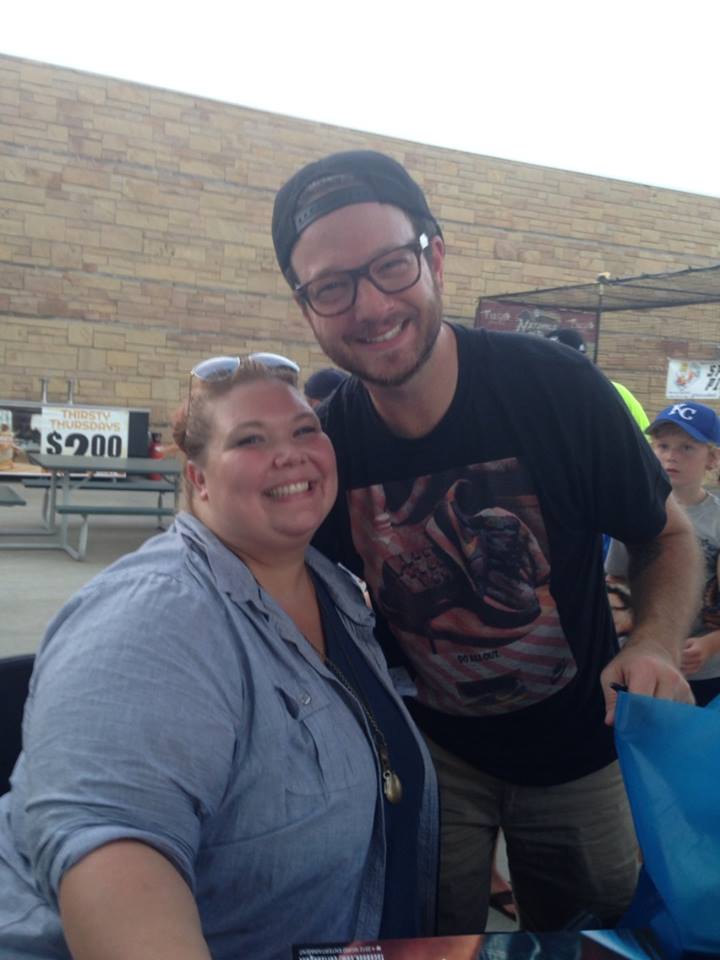 August, you know, I think he needs a nickname – Chris Ocho, you know because August is the 8th month of the year…C8. I kind of like that one, anyhow, he decided to turn his focus from secular music and to focus on Christian. He wrote ‘Starry Night’ and recorded it as a demo, quickly Word signed him to a new contract and a new life was given to his career. ‘Starry Night’ reached #1 on the Christian Billboard Charts. August earned five Dove Award nominations in 2011 and won for New Artist of the Year, Male Vocalist of the Year and Pop/Contemporary Album of the Year. When he jumped into the CCM world, he landed with a splash and that success has only carried over into his subsequent recordings.

In addition to being a celebrated and totally legit name in music circles, he should have an honorary star in the comedy world for his sense of humor. His Youtube channel is full of the videos you would expect from a musical artist. New songs are promoted through it, there are random ‘thank you’ blurbs he records to the fans, but there is also another side of the artist those of us that don’t know him personally have been able to learn about. The man is a comedic genius. His ‘Cooking with Chris’ segments are outrageously great, and worth trying! He makes parody songs that are so funny and it makes me wish I had a friend that awesome. After leaving his Youtube page there will be a few things you do know about August, er…C8. He is on fire for God and just because you’re a Christian doesn’t mean the fun ends. 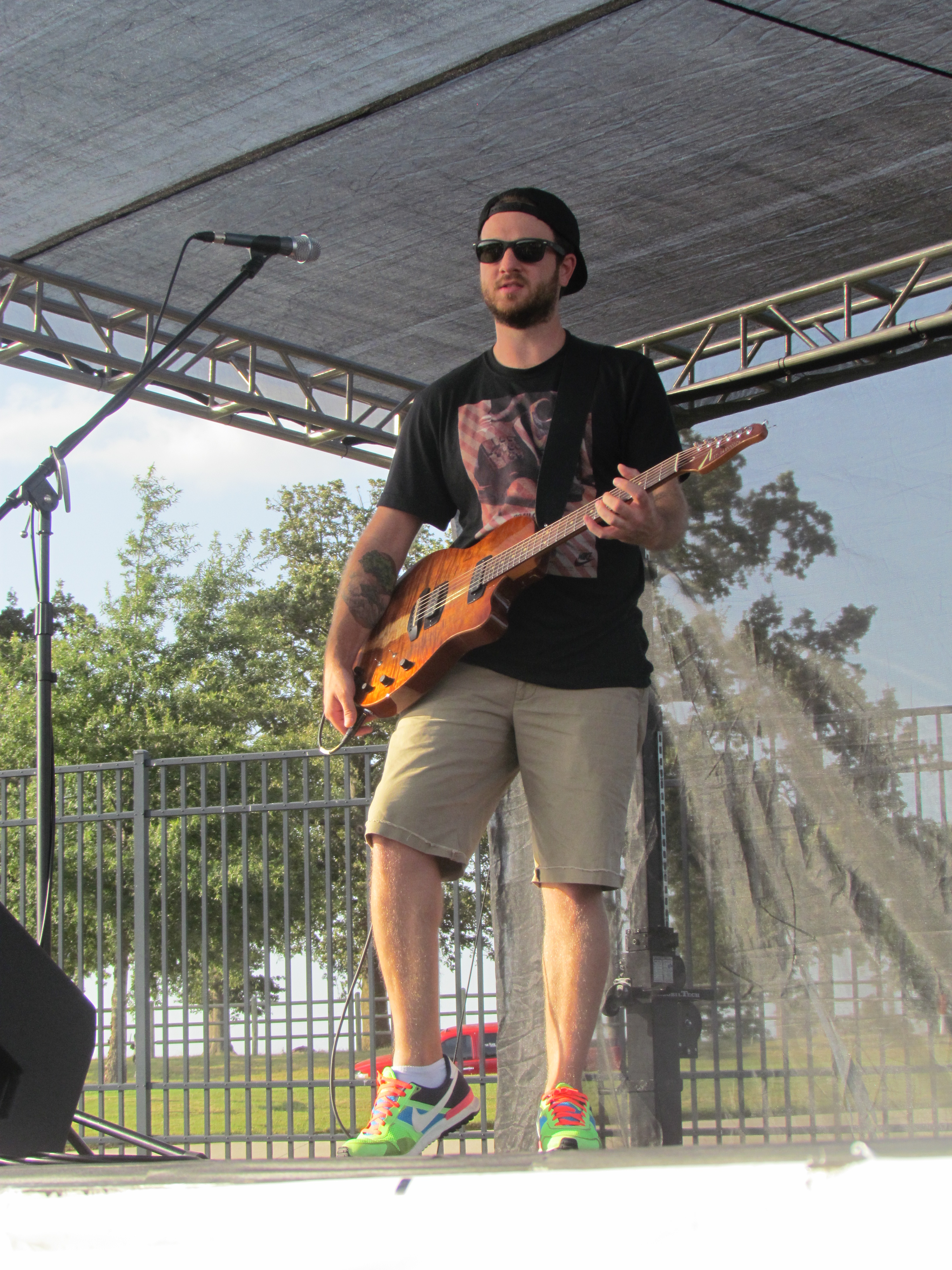 This takes me to 8-22-2014 at the NWA Naturals ball field. The artist was on tap to give a concert before the players took the mound that evening. It was 100 degrees easily but the fans that flocked to the stadium were oblivious to the sun and heat. He took the stage and there was a girl standing next to me that was in tears from the moment she saw him arrive in a golf cart. His charm and wit carries right over to the stage. He’s an enigmatic and electrifying entertainer. There were no special lights, no pyrotechnic effects, just a man on stage with his guitar entertaining hundreds of people. He was joined on stage by Maestro, his keyboard player. Some people aren’t amused with the laid back approach if they see a show begin like that, but none of us even batted an eye. The energy was palpable from the stage radiating out. August sang fan-favorites, taking a few requests from audience members, including me. Even though the sun was causing sweat to sting everyone’s eyes, including his, he didn’t take a break from the intensity of the show he delivered. I was completely in awe of how amazing of a show he gave with just one other band member and I can’t wait to see a full show when he tours this fall.
He is an amazing artist that is on fire for God and you can’t help but catch some of the blowback from it. If you get the chance to see Chris August in concert, whether a fan of CCM or not, I recommend you give it a shot. He tries to find a little something for everyone to be excited about. In this particular incident he gave us a little ‘Ghostbusters’ theme song, a chorus from ‘The Little Mermaid’ and even some Stevie Wonder mixed in. I keep waiting for a cover of ‘Superstition’, but maybe I’ll get lucky and he will put that on Youtube sometime soon. I was on top of the world after seeing his show and would love to encourage others to check him out. If you’re familiar with our own Bryan Kluger, editor here at Boomstick Comics, you’ll enjoy ‘The Discount Song’. Bryan is front and center in the video and you can’t miss him! Just look for the guy August is feeding cake to!