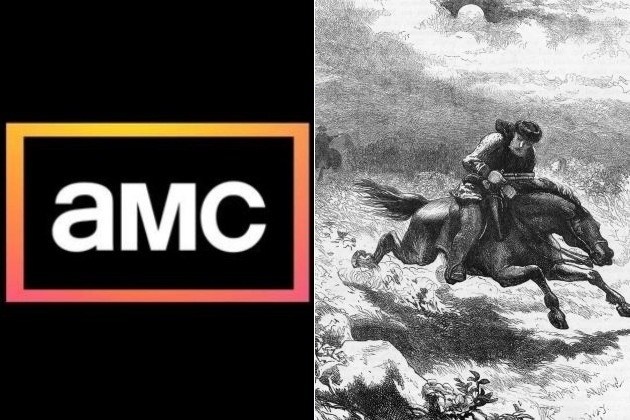 AMC has proven itself as an original programming giant with shows ‘Breaking Bad‘, ‘Mad Men‘ and ‘The Walking Dead‘. For all their success and accolades, the network still seems a little like a one trick pony. Where ‘Nurse Jackie‘, ‘Weeds‘, ‘United States of Tara‘ and ‘Californication‘ have some serious moments, they’re very much in the comedy range. AMC has yet to produce an original laugher.

Enter ‘We Hate Paul Revere‘.  This could be a game changer for the network and lead to a dynamic beginning for a comedy branch of the lauded cabler. The story revolves around two brothers living in Colonial Boston that are, obviously, not fans of famed local industrialist, Paul Revere. The title alone, is going to draw viewers in to see what it’s all about. Beautiful job on the inscription.

Ron Livingston (‘Office Space‘) will play the titular Revere, Scott Adsit (‘30 Rock‘) is cast as Sam Adams and today it was announced that  Olafur Darri Olafsson (‘The Secret Life of Walter Mitty‘) will plug into the cast as Ethan Allen. Written, executive produced and starring Ethan Sandler and Adrian Wenner. Slated as a 30-minute series, it seems that the key elements are in place that could turn this into a 60-minute endeavor.

I know I’ll be tuning into this, for the title alone. Again, epic naming!