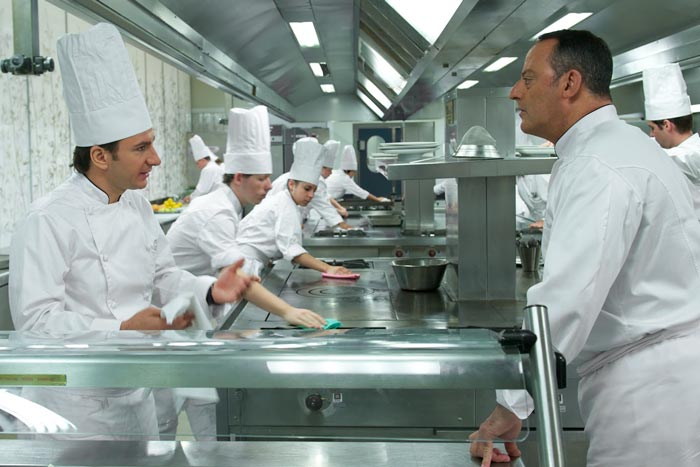 There is a certain pattern to almost every movie genre. If you watch enough movies, you’ll notice the patterns for yourself. This is especially true in regards to romantic comedies. Look at Kurt Vonnegut’s shapes of stories and you’ll get a pretty good idea of what these patterns look like. Le Chef follows the typical “rom com” mold without any deviation. It is in this rigid devotion to the mold that it falters.

In order to be a truly unforgettable movie, it must break from the mold in a unique way. That isn’t to say that movies that follow the pattern can’t be enjoyable or successful themselves. Le Chef is certainly enjoyable. However, they must have a certain individuality about them. Le Chef has nothing that sets it apart from any number of movies like it. This fault lies not with the actors, who play their archetypal roles with convincing charm, but with the story itself.

The story follows a down-on-his-luck aspiring chef, Jacky (Michaël Youn), who has spent his life mimicking his idol, Star Chef Alexandre Lagarde (Jean Reno). Jacky bounces from job to job, unable to find anyone able to appreciate his culinary skills. Jacky’s girlfriend, Beatrice (Raphaelle Agogue), gives him one last chance to find steady employment before the birth of their daughter. Meanwhile, the new CEO, Stanislas Matter (Julien Boisselier) of the company that owns Lagarde’s brand has threatened Lagarde with termination if he fails to maintain a perfect three-star rating with his new spring menu. Knowing how Matter hates him, Lagarde believes he faces certain termination, unless he can somehow revitalize his tired brand. As fate would have it, Lagarde and Jacky cross paths and join forces in an attempt to change one another’s fortunes. 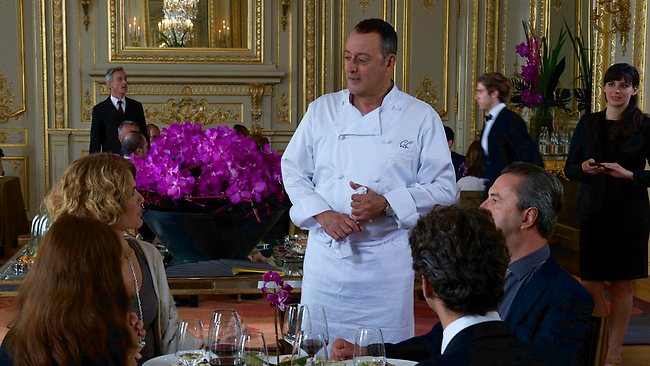 What follows is a quirky and amusing romp with loveable characters and the occasional hearty laugh. The problem is that all of this feels incredibly stale. There is nothing in the plot of the story that hasn’t been done in dozens of movies. The lead roles, played by Youn and Reno, are done with superb comedic timing and obvious care for the subject matter. You really feel that they are master chefs with a passion for their craft. Unfortunately, it is the stale plot and the forgettable co-stars that really bring down this would-be loveable movie. At no point in the story does the conflict between Lagarde and his daughter seem genuine, or even all that interesting. She lacks any real depth and only seems to pop up at Lagarde’s lowest moments as another hurdle for him to overcome. Even Jacky’s relationship with Beatrice seems forced in much the same manner. Case in point, while drinking in a wine cellar Jacky resolves himself to help Alexandre, but then suddenly, and inexplicably, resolves to heal his relationship with Beatrice.

This is a running problem with the story. Several times, the continuity of the story is broken up with these inexplicable “eureka”  moments by the lead characters. It is understandable that these kind of moments happen in real life, but in a movie they need to be done with a certain level of build-up or inspiration, otherwise they look random and out of place in the eyes of the viewer. 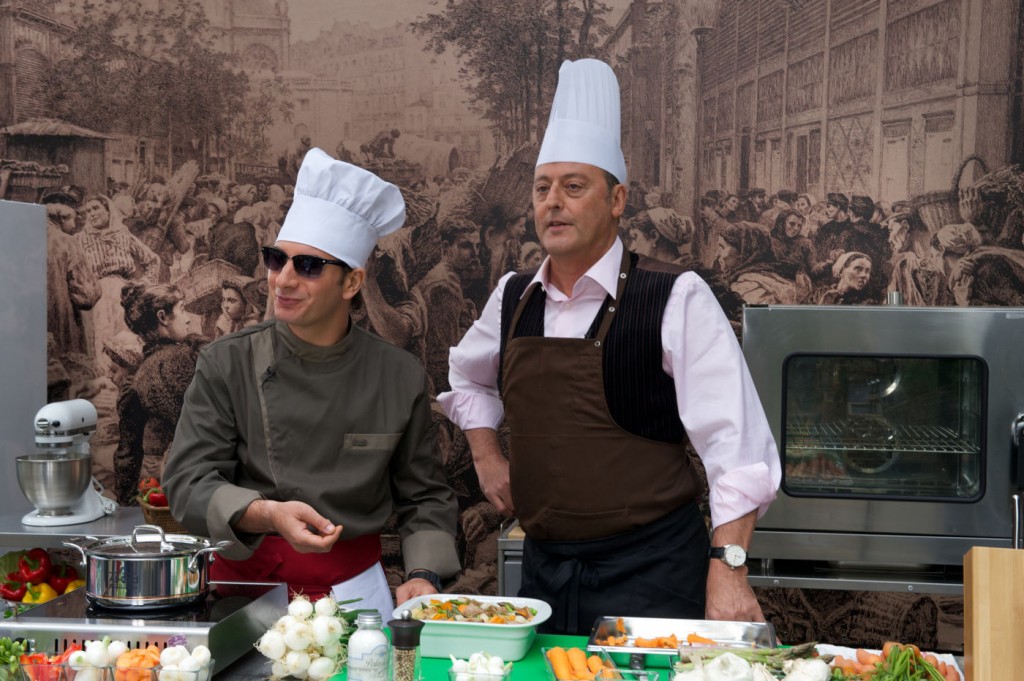 Le Chef has plenty of heart. The two lead characters are loveable and amusing enough on their own. The movie only lacks depth from the supporting cast and a stronger script to really stand apart. As it is, Le Chef isn’t horrible by any means. It is certainly enjoyable and sweet. But it will not stand up well against far superior films in the genre. Like most sugary sweets, it lacks any real substance or sustainability.

3 out of 5 Very Ironic Stars