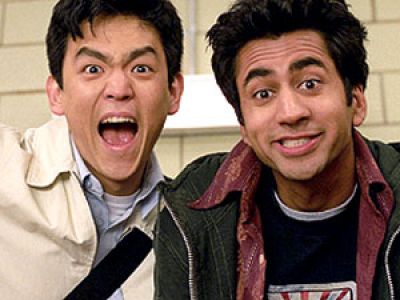 Big news today comes from a tiny little blip on the Twitter screen. If you weren’t paying attention, you would have missed it. ‘Harold and Kumar’ the animated series!!!!  It has been in different stages of development for the last few years, but today makes me think we’re getting a LOT closer to showtime. Adult Swim, a branch of Cartoon Network, will be the home for the animated serial. The network picked up the series not long after the third installment of the movies ‘A Very Harold and Kumar 3D Christmas‘ wrapped.

Granted, the duo and their faded hi-jinks require a certain niche market, but after three movies with great box office numbers, the fan-base is already built in. The series would fit nicely along the current Adult Swim lineup.

Better news than the fact that the animated series is moving forward is that the project will maintain key players that will voice their memorable characters. Kal Penn and John Cho brought blazing up to a whole new high when their first film ‘Harold & Kumar  Go To White Castle‘ premiered in 2004. White Castle’s sales probably rose in tandem with the film’s popularity. White Castle is not a place you’d go if you prefer a veggie burger, but they did make one concession on that standard. Kal Penn is a vegetarian, so the crew made sure he had plenty of veggie burgers to nosh during filming. 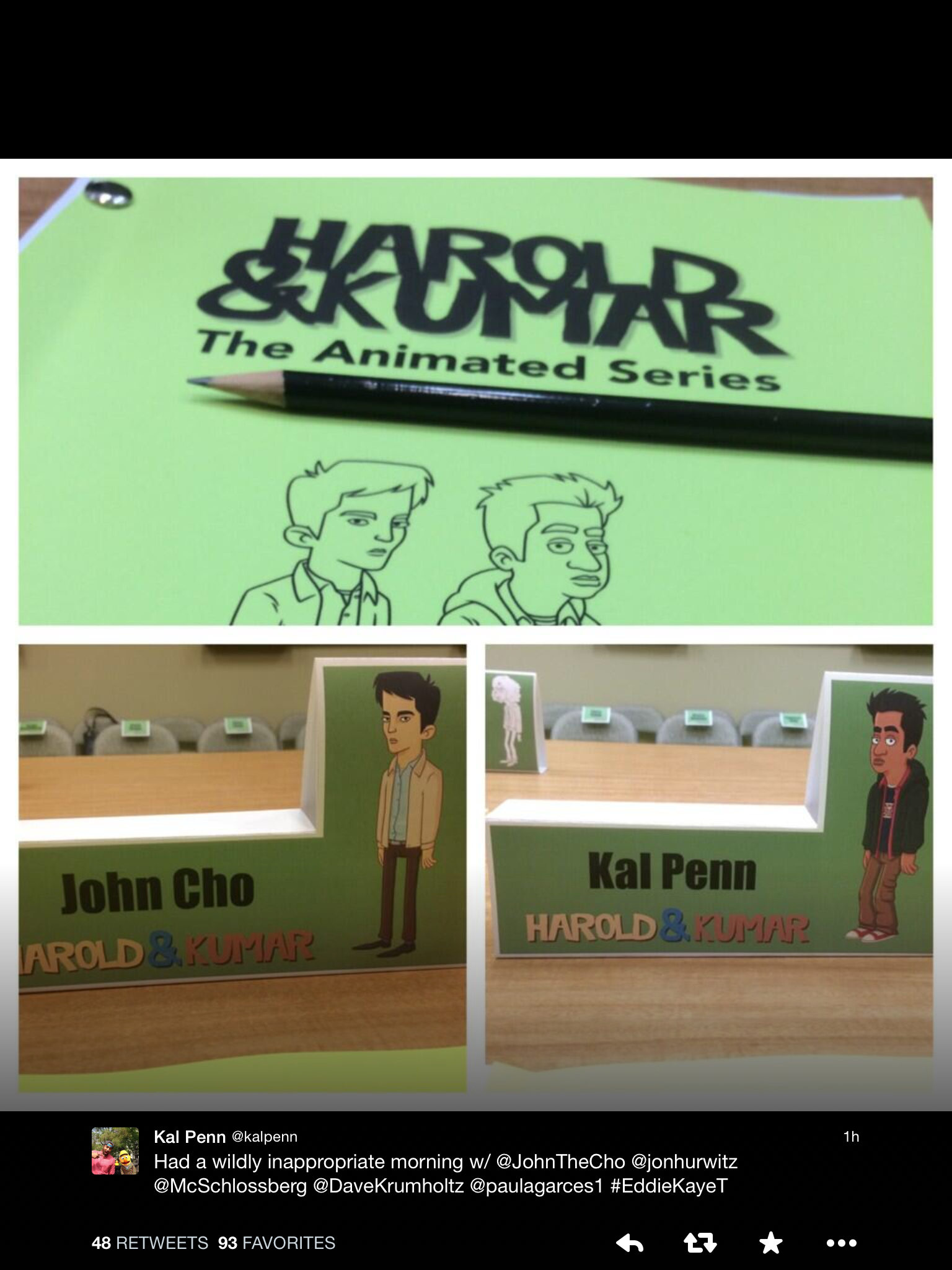 One thing I’d love to see in each episode is Neil Patrick Harris. I’m thinking along the lines of ‘South Park‘ and have NPH be like Kenny. Instead of randomly killing him each episode, he has various ways to disappear, doing a line of coke off a stripper’s butt would probably still be the most memorable. I still want to see that scene animated though.

We know today was the first official table read, and I hope we have much more info to send your way, soon. In the meantime, check out the first 3 movies and get ready for the glorious show we know is coming!