This is my first film review, and let me tell you that I lucked out with the film that I had the pleasure to screen.  ‘Begin Again’ is a beautiful film by writer/director John Carney, and stars Mark Ruffalo, Keira Knightley, and Adam Levine.

Begin Again starts out as a story of two broken people.  Knightly plays Gretta, a British songwriter who follows her boyfriend of five years, Dave (Levine), to New York when he gets a record deal.  Dave’s new found fame goes to his head, and tempts him to stray, leaving Gretta alone and heartbroken.  Gretta’s friend Steve (James Corden) tries to cheer her up by getting her on stage at an open mic night.  She reluctantly agrees and sings a melancholy song about being alone in the city.

This is where we meet Dan (Ruffalo), a down on his luck, alcoholic record executive.  He stumbles into the bar just in time to hear Gretta’s song and he is transfixed.  He believes strongly in her raw talent and convinces her to join him in making a record.  It is through this interaction that we get a front row seat to the developing friendship that ultimately brings both of them healing. 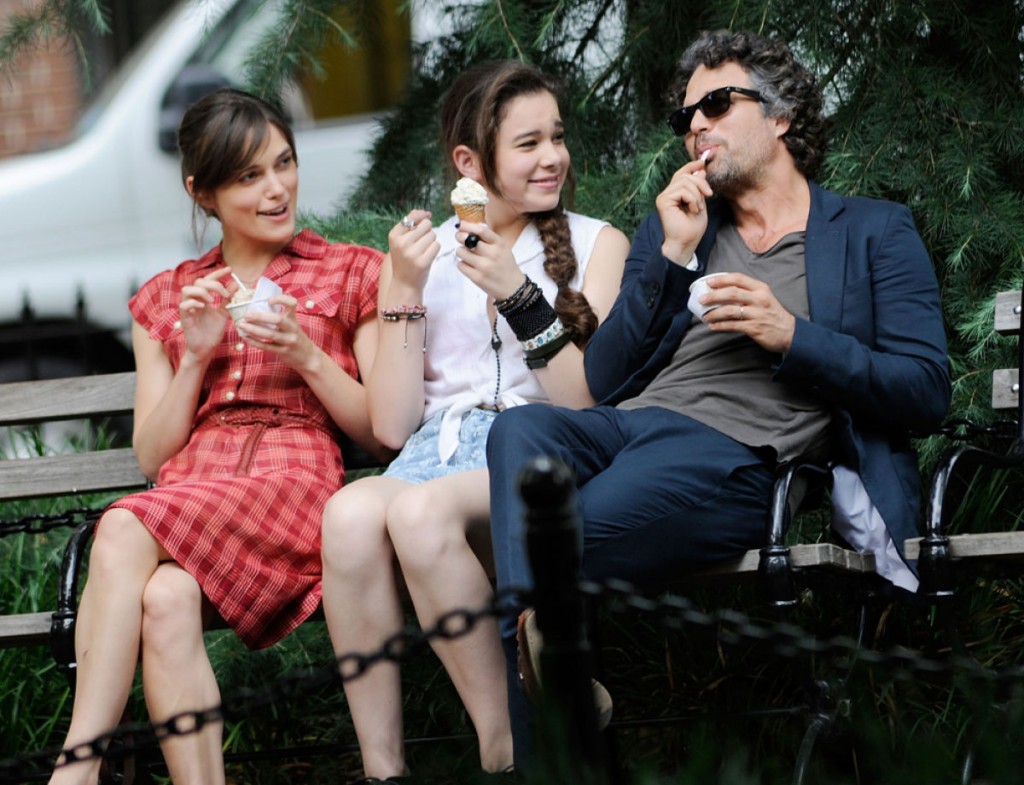 Music is a central character to this movie, and it is a great soundtrack set to the backdrop of a New York City summer.  Knightley does her own singing, and to her credit, does a respectable job.  I was concerned when I heard that she did her own singing, however it is made clear that her character is a songwriter and not a singer, so this scenario works.

There is solid acting throughout this film, although I never really felt the chemistry between Dave and Gretta.  In my opinion their interactions lacked sincerity, mainly from Levine.  The chemistry between Gretta and Dan was much stronger, and draws you into their relationship.

Ruffalo does a masterful job of portraying Dan, and shines in this role.  I also must mention Corden as Gretta’s friend, Steve.  He has fantastic comedic timing, and played Steve with such joy, that he stole every scene he was in. I loved this movie, and consider it to be one of the best films I have seen this year.