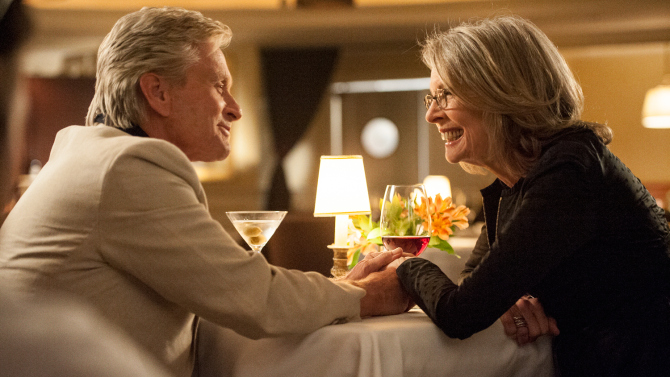 Scrooge transformation beginning in 5..4..3..2..1.  Yes, And So It Goes went that quickly.  Oren Little (Michael Douglas) is a widower who has become a bitter and pompous jerk after caring for his wife, Sarah, until she died from cancer.  Determined not to feel hurt again, Oren emotionally shut himself away from the world.  Oren’s son, Luke, dealt with his mother’s disease and eventual death by another means, drugs.  The father and son relationship is severed.  Oren has a plan sell house and retire in Vermont.

He is determined to sell for no less than 8.6 million.  His racist elitism makes that a difficult process.  Oren has the audacity to frame pictures for the house dependent the face of the prospective buyers, including famous people that he does not even know.  So concerned with impressing the clientele that he shots a harmless pit bull for daring to take a dump on his lawn.  It is a lengthy beginning to the cold heart of the film’s scrooge.  Before Luke can depart for prison, he must drop off his daughter, Sarah (Sterling Jerins), with his grandfather.  Oren is so self-centered and mean spirited that protests this honor.  His new mission is to find a place to dump lil Sarah.

Enter Leah (Diane Keaton), a widower and lounge singer.  Having lost her husband, Eugene, to an aneurism; Leah unfortunately cannot get through a love song without breaking into hysterical crying.  Guess what her role is in this film.  Leah is the warm sun to melt the iceberg heart of Oren.  Unlike Douglas’ other roles with a romantic interest, Oren and Leah do not have chemistry and seduction scene is the worst I’ve even seen.  Anyway, the scrooge transformation begins. 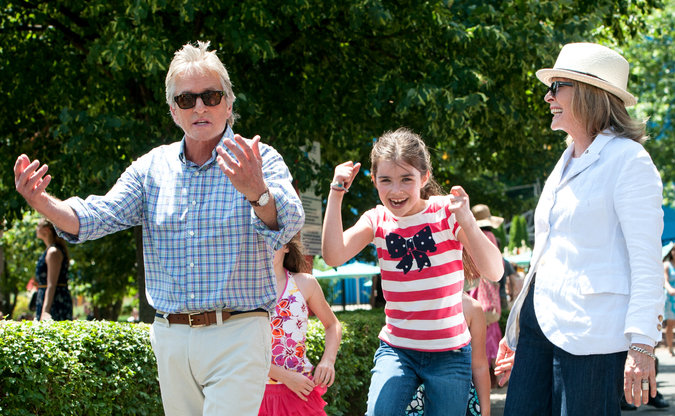 Michael Douglas (Little) is not a solid, comedic, romance actor.  He portrayed his usual smartelic butt with the assurance that he will get his way as always as he did in Wall Street, Basic Instinct, and The Game.  Disclosure was a glimmer of something different.  Diane Keaton (Leah) was enjoyable as the hysterical emotional wreck for a few of her movies i.e. Baby Boom, First Wives Club, and Something’s Got to Give.  In And So It Goes, Keaton was an overplayed bore that was tiring from the start.  However, she somewhat shined in front of the microphone. 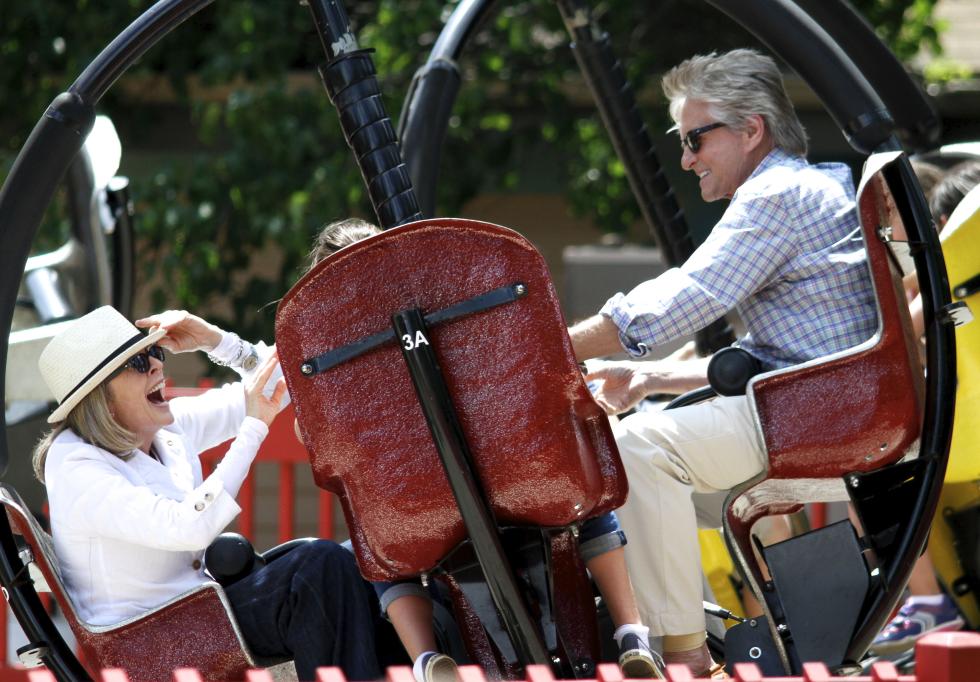 Rob Reiner’s And So It Goes left realism in its rear view mirror.  Never have I seen such life issues and tribulations solved with speed and ease.  Sarah’s missing Mom is found and promptly discarded.  Little’s son, Luke, is out of prison in what seems like 3 days later, in what world?  Consistently throughout the movie, I kept thinking slow it down.  What’s the rush?  Perhaps the rush was to meet the one hour and thirty minute mark for their obvious target audience, 55+, to ensure the night wouldn’t go too late.  Perhaps And So It Goes should be shown only in the daylight hours.  This film is tailor made for a more mature audience and it is for them that I consider And So It Goes ok.