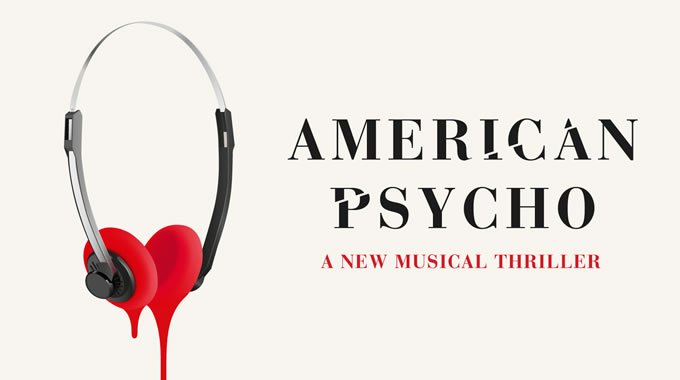 Ever hear of two things that shouldn’t go together but end up working? A bit of chocolate in your homemade chili, Kevin Youkilis  as a Yankee, Catherine Zeta–Jones and Michael Douglas? OK, well maybe not them so much, anymore, but you get my point. ‘American Psycho‘ – the book by Bret Easton Ellis that made a 2000 movie with Christian Bale, evolved into a musical? Yup, you read that one right. Off-Broadway theater company, Second Stage is going to present the U.S. premiere. This has been discussed and debated, but ultimately it’s happened and coming to America next! 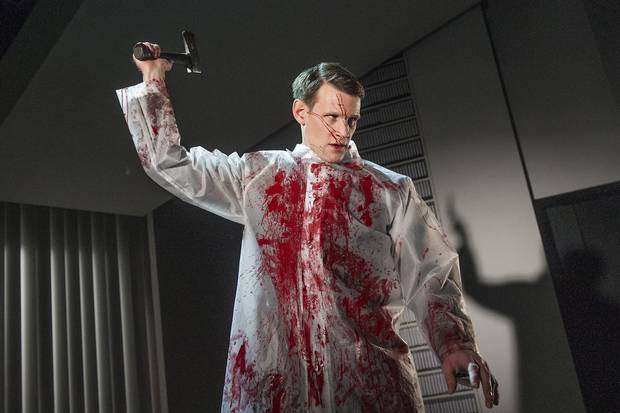 The show, featuring music by Duncan Sheik, staging by Rupert Goold and a starring performance by none other than the Doctor himself, Matt Smith, opened last December at London’s Almeida Theatre and was considered a shoo-in for Broadway next season. You never really know though.

After reading the book and watching the movie, I can’t get the image of Smith out of my mind butt-naked, wearing stark white running shoes and chasing a girl down flights of stairs with a chainsaw. It could have been a way to make sure the public recognized Smith as an actor and not be type-cast once he was no longer The Doctor. Kind of like Daniel Radcliffe did with ‘Equus’. 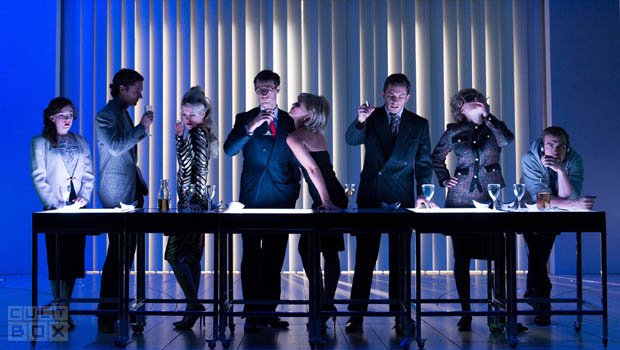 The show will begin performances in February 2015 and open in March at Second Stage’s West 43rd Street home base. Due to the furious protests from feminist and human rights groups in reaction to its explicit, play-by-play depiction of the brutal  torture and murder of women at the hands that belong to the twisted mind of Patrick Bateman, it’s no surprise this musical has inspired  many comparisons to ‘Sweeney Todd The Demon Barber of Fleet Street‘.

One-time pop star Sheik was highly lauded for the score to ‘Spring Awakening‘. Aguirre-Sacasa was a Second Stage playwright in residence and has written for ‘Glee‘ and ‘Big Love‘. For all the highlights of his career, he is still best known on Broadway as the book-writer who couldn’t save ‘Spider Man: Turn Off The Dark‘.

Prepare your ears for the sounds of the 80’s. The film version gave us songs from Phil Collins and Huey Lewis and the News, and is usually in an ironic juxtaposition of the action you’re seeing on screen at that moment. The Almeida production of ‘American Psycho‘ received mostly favorable reviews  along with some not so favorable. “Goold’s (director) production has a cool wit that actually enhances the story’s satire,” wrote Michael Billington in ‘The Guardian. “Sheik’s music also evokes Bateman’s Eighties pop icons such as Phil Collins, and provides an ironic commentary on the action. Instead of stand-alone songs Sheik gives us music that reflects the world the characters inhabit…This is a show that confirms the mythic power of Easton Ellis’ story and leaves us all dangerously entertained.” 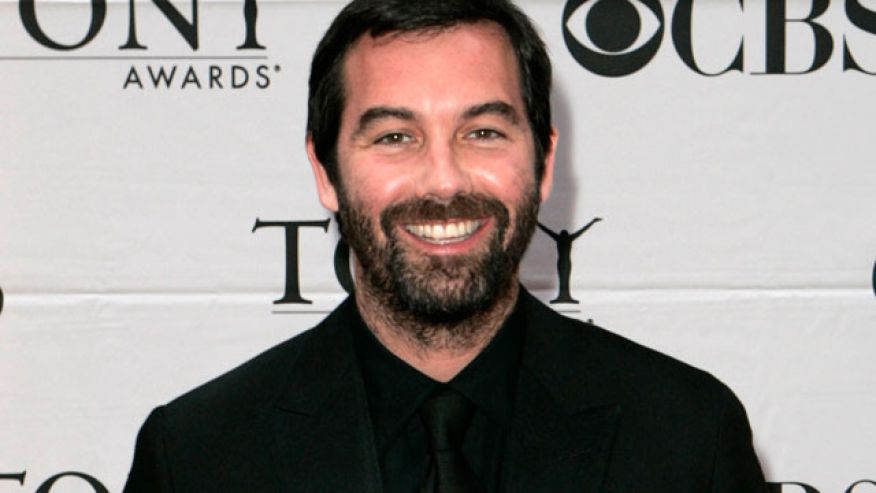 Another reviewer wrote that while Sheik thought the show “was the worst idea for a musical ever.” the reviewer suspected it was going to be a big hit bigger stages for the production seemed inevitable. The production  gives you this empty mixture of ironic style and sudden moments of violence and there is no doubt that Rupert Goold’s production is smart and sharp, but like the novel on which it is based, it is also glib, heartless and pretentious.

I think that about sums up the film, as well. It is truly bizarre, interesting and almost train-wreck-like amusing. I still get a shiver when I listen to Huey Lewis and the News because I remember what Patrick was doing during the song. There are two images that stick out in my brain forever for that movie, one is the ‘running naked with a chainsaw’ bit and the other is when the ATM asked him to feed it a cat.

This is one of those times I wish I lived nearer to NYC so I could see some of these shows and be able to have an educated opinion on them instead of only getting reviews and Youtube clips until the show begins to travel and I catch it then. Doubtful if this one will travel, I’m still waiting for ‘Monty Python’s Spamalot‘ to make it’s way here.