Awesome news! The tag-team duo that brought us ‘Bridesmaids‘ is back! Kristen Wiig and Annie Mumolo are taking celluloid for another spin. ‘Bridesmaids‘ became a slightly unexpected hit on a global scale for being a female-driven comedy. The upcoming flick is going to team Wiig and Mumolo  as writers again, but they will also produce, star and Wiig is going to try her hand at directing the project which is going to be a first effort for the comedian. TriStar Productions is backing the production and they have described the film as the story of “best friends who find themselves in over their heads and out of their depths, which were, perhaps, not too deep to begin with.”  No release date has been set.

The two issued a statement saying “We’re very excited to be writing. We will be going into a cave for months to finish. An actual cave. We found one that’s nice and big. We’re putting a couch in there.” Wiig added “I’ve been wanting to direct for some time now. This seems like the perfect first project.”

In being asked about the film’s tone, Thomas E. Rothman, TriStar’s chairman played it close to the vest. “Kristen and Annie assured me that the film will be a searing and depressing drama, which is what the world needs right now,” he said.

‘Bridesmaids‘ took Hollywood by surprise when the screenplay Wiig and Mumolo wrote was nominated for an original screenplay Oscar. The financial side of their freshman project came out clearly in the black costing $32.5 million to produce and gaining back over $288 million at the box office. It also launched the career of Kristen Wiig beyond ‘Saturday Night Live‘ status. 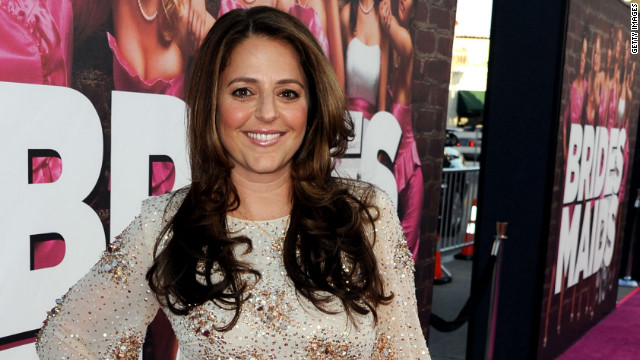 ‘Bridesmaids‘ was touted as the female answer to ‘The Hangover‘. It definitely did not disappoint. Besides being hilarious and full of scenes that make me laugh just thinking about them, it also started a female empowerment movement in Hollywood and pop culture all over. Studios jumped on the bandwagon with hits like ‘The Heat’, ‘Pitch Perfect’ and ‘The To Do List’. While the gender on screen was mostly female, the gender behind the camera hadn’t caught up to the change, yet. Mr. Rothman said ‘That makes no sense, Everybody talks about it needing to change, but Kristen actually wants to do something about it.”

The untitled film is going to be one in a new line of hits for TriStar. Rothman stated “We’re pursuing original stories told w, ‘With distinctive voices. In today’s Hollywood, that is zigging while others zag.” This new project is going to join ‘Ricki and the Flash’ which will star Meryl Streep as a hard rockin’ guitarist. ‘The Lady in the Van’, an adaptation of a successful London play which will star Maggie Smith.

Wiig has been seen in a number of places since ‘Bridesmaids’, the most frequent being ‘Saturday Night Live’, ‘The Secret Life of Walter Mitty and ‘The Skeleton Twins’ will drop in September co-starring Ty Burrell from ‘Modern Family’.

Mumolo has a slightly smaller on-screen presence with parts in ‘This is 40’, ‘Modern Family’ and is fairly prolific with voice work as in ‘Handy Manny’, ‘Curious George’ and ‘The Looney Tunes Show’. She has written ‘Joy’ an upcoming drama directed by David O. Russell and stars Jennifer Lawrence.

Regardless of what the film is called or when it will drop, massive success is almost prophetically foretold.