I was among a select audience with the privilege of screening a new film by Joe Manganiello  (Magic Mike, True Blood) titled “La Bare”. I had seen Joe promoting the movie on various talk shows for the past few weeks, and was interested in the film already since it is about our hometown landmark, La Bare. I would like to preface this review with the fact that I have never been to La bare, but it does come with quite the reputation. As a burlesque dancer living in Dallas for the past 7 years, inner circles of cheeky entertainment often intertwine. I had heard tell of a fantastic strip club on the other side of town, with legendary male dancers sure to make any lady’s heart swoon. I had even met a few of the dancers in passing, and if they were any indicator of the men created in the image of the Golden Ratio dancing at La Bare, that is the one building in Dallas most likely to be filled with Greek God-like men.

My first misconception of this film was that this was another “Magic Mike”. I was wrong. Well, maybe I was half right. I have seen “Magic Mike”. I really enjoyed the film until it took this dark turn into drugs and alcoholism that just really sucked all of the magic out of ol’ Mike. It was the male equivalent of “Showgirls”. They should have stopped the movie before the story turned sour; I might have had a bit of a pre conceived notion about male strip dancers thanks to “Magic Mike”. I was only half wrong about La Bare as the movie “Magic Mike” was loosely based on Dallas’s La Bare! From having seen both films, anyone can deduce that the mature lead dancer with a sexy southern drawl played by Matthew McConaughey was based on La Bare’s mature, handsome lead dancer with a sexy southern drawl, Randy “Master Blaster”. Outside of a deliberately stage named baby faced dancer, Channing, that is where the similarities end, and the smashing of male dancer stereotypes begin

La Bare is a documentary about the strip club of the same name, located in Dallas (with other locations in Houston and Miami). The film opens with following two of the film’s dancers to a Dallas home where they perform for a private party. From there we learn about many of the dancers, their home life, their backgrounds, and what they represent to their clientele. On a refreshing and deeper tone, we learn the history of La Bare, and how it became the business it is today, one of the most legendary male strip clubs in the nation. It was refreshing to learn that La Bare didn’t strut it’s way to legendary status by seedy back room drug deals, or salacious celebrity appearances, or even from being a hot bed of trouble. 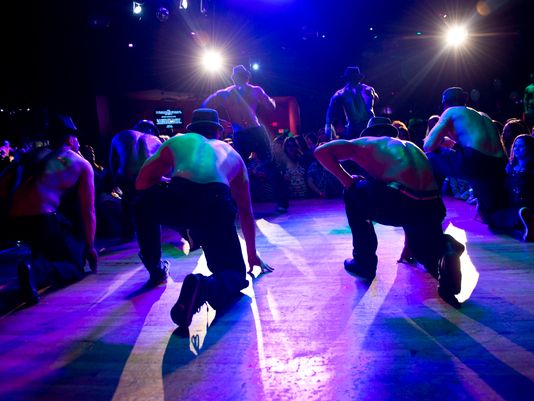 La Bare became a legendary strip club from being around since the 70’s and having a long standing tradition of some of the most attractive and talented dancers in the business. The movie dives deeper into the reasons why this club has made it’s mark based almost solely on the faces and g strings it taunts. Randy “Master Blaster” runs a tight ship of diet and exercise, and flaunts that as the secret to a beautiful physique and longevity. Thank you Randy, for being real about how to achieve a healthy body image, rather than the barrage of cures, miracle drugs, surgeries, and shakes we can’t possibly miss on the daily.

There is no getting around the fact that the adult strip industry is a visual art form. La Bare is selling a product, a legendary product of the men with a fantasy physique, and that doesn’t happen by nature, or at least not for very long. Fitness, health, youth, and beauty all come down to diet and exercise, although there is a moment we see Randy getting a little glamour filler injections, but hey, who can fault him for that? Time marches on despite healthy living and in the words of Dolly Parton, “sooner or later you realize it is marching across your face”.

Deeper than just a drive for physical perfection, we see that Randy even trains other dancers and some clients out of his home, leading group work outs and creating diet plans for each individual interested in working on becoming a healthier person. Randy literally wrote the book on how to make money in this industry, flashing the manual for style, dance, and presentation that is the bible for new La Bare dancers. “Master Blaster’s” key to health and longevity doesn’t stop with diet and exercise, as he recommends all dancers abstain from drugs and alcohol consumption for a pure body and soul. 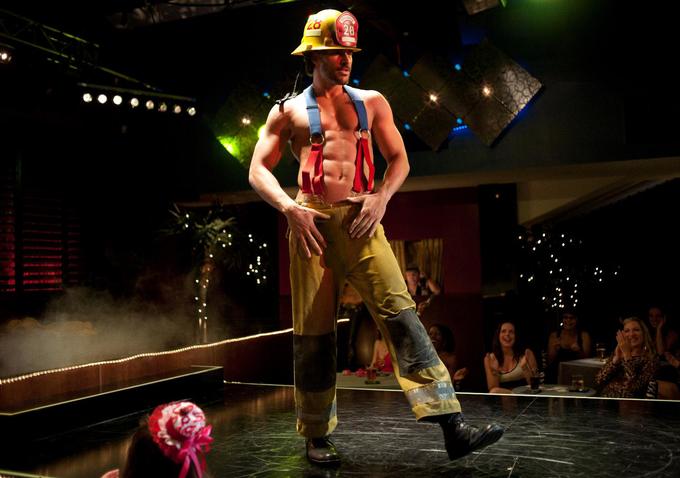 I am submerged in this industry. I have seen the effects of drugs and alcohol on the body and skin, as well as on the career paths of young dancers. Randy’s plan not only is a good path to body and soul health, but more than likely keeps his dancers around at La Bare for more than the typical lifecycle of a strip club dancer. This part of the movie “La Bare” was truly inspirational, and should be taken to heart by those in this industry as well as others. After all, “Master Blaster” is the longest performing male dancer in the world, 33 years!

Other aspects of the movie focus on interesting personal stories about the La Bare dancers, how some of them came to become dancers with diversity ranging from a home schooled, religious upbringing to a Veteran Army ranger of the Iraq and Afghanistan wars, and all of them, simply making a living. The dancers confess their triumphs, their moments of insecurity, and in a moment of pure raw emotions, many of the dancers recall a fateful night when a man with a criminal history of drugs, weapons and violence charges, walked into La Bare, and corrupted a sacred space of trust, safety, and celebration by taking the life of one of La Bare’s most beloved dancers, Ruben “Angelo” Riguero.

For me, this part of the documentary was exceptionally upsetting. While the details surrounding the case seemed rather clear, the prosecuting attorney had the case against Ruben’s assailant dropped, citing not enough evidence to take the shooter to trial. The pain and anguish expressed as the dancers recall that night shows that La Bare isn’t just a job, it is a family. This part of the film also highlights a common problem in America which is the lack of respect and value of adult entertainment workers when they become the victim of violent crimes. There is a social trend in America to sweep things like this under the rug, or blame the victim for some irrelevant transgressions that we as a society deem as coordinating sins, that for whatever reason, should inevitably lead to violence or death. 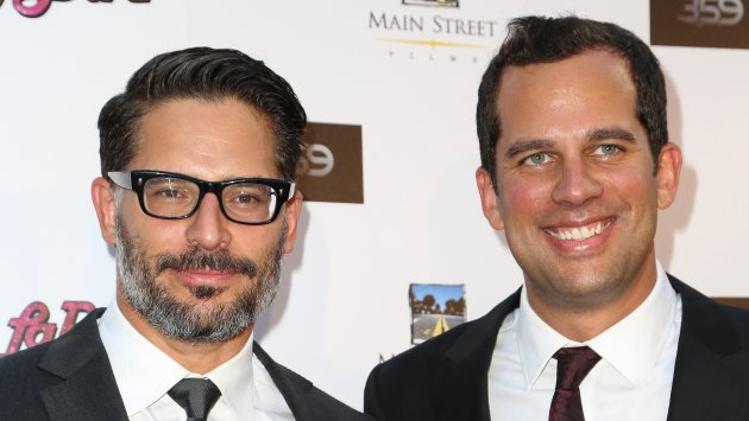 The most upsetting portion of this story is that not only did the assailant bail out immediately and eventually, walked free with no remorse for the death of Angelo, but later contacted one of La Bare’s  dancers who witnessed the shooting and tried to coordinate a protest against the state dropping the case against the shooter. In a message on social media ,Branagan Hopkins bragged of his success at freedom and getting away with murder to the La Bare dancer, taunting the failures the dancer had suffered as the protect and PR efforts failed . This was a huge spotlight on a problem what has plagued the adult industry for a long time, and I hope it will fuel more fire toward recognizing adult industry workers as citizens, deserving of justice as any other citizen, and a life free from violence and stigma.

“La Bare” was a well done documentary that was surprisingly filmed in 8 days, with a skeleton crew of 3-4 people including Joe Manganiello and his brother and a cameraman. From moments of amateur awkwardness to moments of well deserved pride and glory, this movie is a must see. It is easy to think that this movie may have been cast or produced, if even just a little during the amateur auditions scenes, but after sitting through the Q&A regarding how this film was shot, I was assured that every moment of embarrassment and pride was a lucky shot, and everyone in this film is 100% real. Many of the dancers in the film were in attendance and you can see them at La Bare in Dallas, on any given night. Leave whatever bland, faceless Ken doll Chippendale experience you expect to see at the door. “La Bare”, the movie and the legendary house of entertainment, is the home of real live entertainment with costumed & choreographed male strip tease…and a little bit of heart.

Here is the Q&A from the Dallas screening with the Manganiello Brothers. Enjoy.