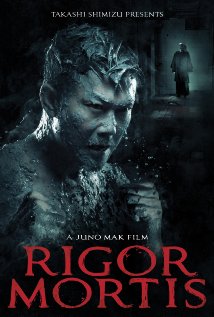 There’s a popular brand of snack food on the market called Munchies. It contains pretzels, cheese curls, and two different kinds of chips. I like to believe that all four of these individual items are produced in the same giant factory, and at the end of the workday, whatever’s left on the floor gets swept up and bagged and voilà. A brand new product is born.

Rigor Mortis, a Hong Kong horror film hitting theaters on June 6th, is the cinematic equivalent of Munchies. Make no mistake; though it may contain things that you like, it’s largely made up of leftovers.

Set entirely in a public housing building, Rigor focuses on the relationships between a new tenant—an out-of-work actor—and a handful of long-term oddball residents. As one would expect from an ensemble piece, every character has a secret, but rather than task our protagonist with discovering those secrets, the script puts a noose around his neck within minutes of moving in. Though he’s ultimately unsuccessful in committing suicide, it makes little difference. For all intents and purposes, he’s a cipher from that moment on, his only real purpose to set the “plot” in motion. 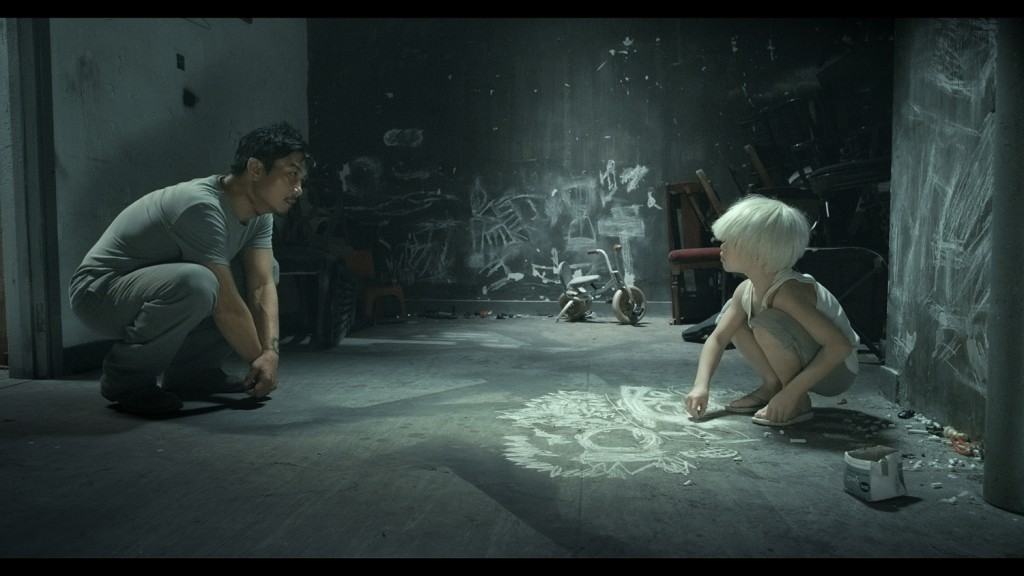 Now, I’ve placed the word plot in quotes for a reason, as the storyline here is needlessly overcomplicated. Ghosts, zombies, black magic. You name it, you got it. Hell, one character’s a retired vampire hunter, though his former nemeses never do make an appearance. We have to save something for the sequel. Yes, all of these disparate elements do serve a purpose, and had the writing been handled with a defter hand we might have gotten a kooky kind of Rube Goldberg machine, but instead we’re left with large stretches of time where characters ruminate while the special effects crew plans out the next shot.

If only those same effects could save the movie from itself. While many of the standard tropes of Asian horror cinema are brought to bear here, such as feral children, women with overly active hairstyles, and an abundance of mystery moisture, there are new additions to the genre in the form of smoky black tendrils surrounding twin ghosts, floors miraculously turning into mud, and an old zombie man who hovers inches above the ground, the majority of which can be seen in the movie’s trailer.

Along with most of the rest of the good parts.

Even the film’s twist of an ending tries to outdo the terrible last-minute reveal of High Tension in an effort to render the previous ninety minutes a moot point.

All in all, there’s nothing significantly original about Rigor Mortis that I can recommend.  As its title would imply, this movie’s a stiff.