This year’s Dallas Comic Con has come to a close and if you missed it- you missed a lot. This year’s Con was help at the massive Dallas Convention Center, while previous years were held at the (fun, but ridiculously laid out) Irving convention Center. The change to the larger venue effected everyone’s attitude toward the weekend. Having, almost, everything in the same area of one floor was a welcome change. The downfall here is that the site was so big and there was very little (read: no) signage to let people know where the different events were being held.

Being such a large venue they were able to pack it full with guests: Stan Lee, Alice Cooper, William Shatner, almost the entire crew of Star Trek: The Next Generation’s Enterprise, Judge Reinhold, Christopher Lloyd, Robert Englund and the cast of Nightmare on Elm St., Akira Takarada, stars from The Walking Dead, 7 of the 9 stars of Firefly/Serenity including Summer Glau and Nathan Fillion, stars of SyFy’s Face Off, a slew of anime voice over artists, and more comic book artists than you could shake a stick at. This doesn’t include the artists over in artist alley, clothing stalls, toys galore, book vendors, and costume shops. 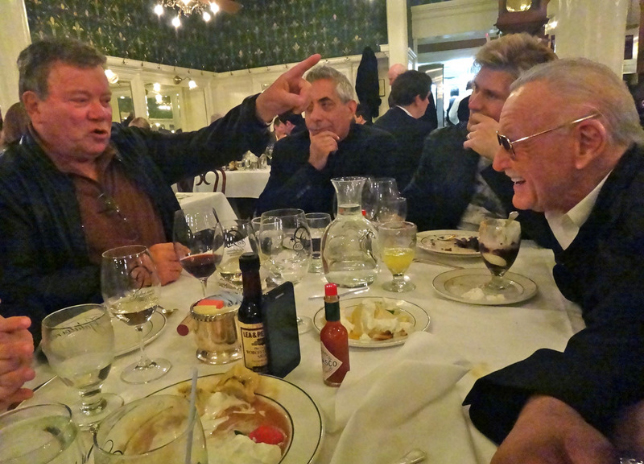 The highlights of the convention were the Q&A’s with the celebrities- Nathan Fillion’s private session and the Firefly full cast session were especially fun, the costume contests- there are some insanely talented people out there, and the comic artist sketch off duels- where 2 comic artists would draw the same character in their own style and raffle the original sketches off to an audience member.

The lowlights were the lack of signage letting people know where all the good things were happening, and a lack of communication between the convention runners to the volunteers, and the volunteers to the guests. A lot of mistakes were made in the amount of information that was incorrect or just not available. But the Con was bought by a new company a few months ago and this was their first time here in Dallas, and their first time at the new gigantic convention center (did I mention how disturbingly big the convention center is?) so hopefully these are issues that can be improved for the next convention in the fall. Hope to see you all there!