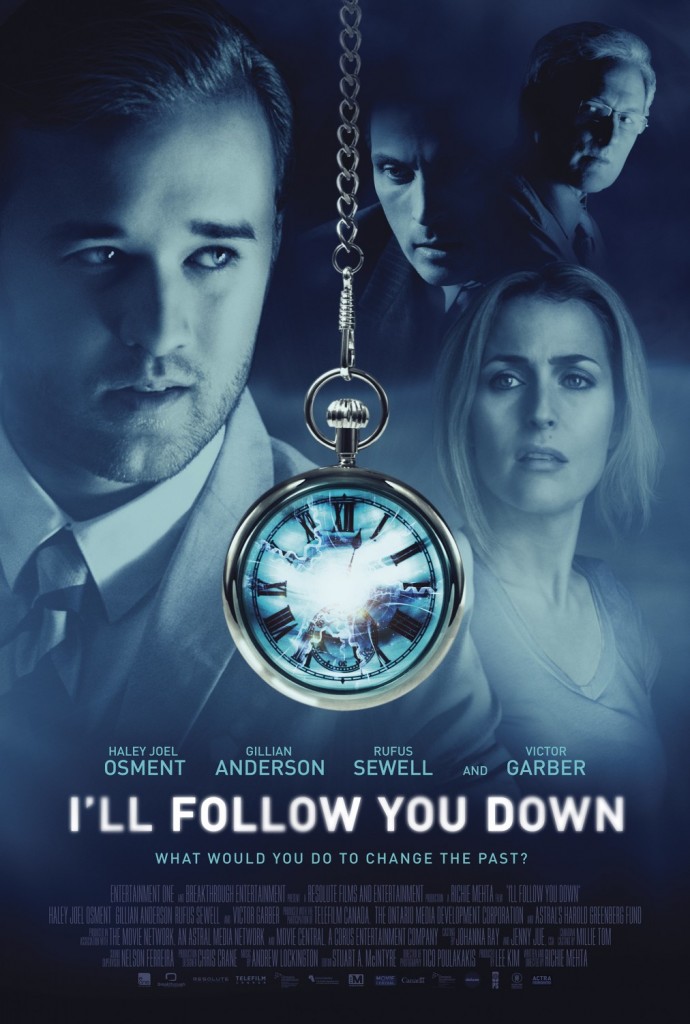 Have you ever watched one of those movies that you really wished was going to be good, and then it just wasn’t?  It’s a movie that makes you wish you could go back in time, make a few creative changes, maybe hire a different cinematographer, and perhaps it could have been a film you could watch in theaters.  “I’ll Follow You Down” is more akin to an episode of “The Outer Limits” or “The Twilight Zone,” but not the good Rod Serling original Twilight Zone, but rather the version that came out in the 2000’s.

So the basic premise is that there’s this kid, Erold (Haley Joel Osment, yes, ‘The Sixth Sense‘ kid) whose father disappears during a business trip when he was about nine years old.  We see Erold grow up with elements of science-fiction and time-travel added to the mix. If you can say anything, this is a sentimental time-travel film.

That’s as much as I’m gonna say about the story without going too far into spoilers.  Osment is actually surprisingly charismatic.  I haven’t really seen him on the screen since he was a kid, and I still think of him as a kid, so that may have detracted from my overall enjoyment, but hey, he turned in a solid performance.

Gillian Anderson is in this too.  She’s actually the best part of the film.  Her lines aren’t incredibly well written, her delivery is good, and she makes me optimistic for her return to the screen.  That evil professor from Legally Blonde is in this as Osment’s grandfather, and he tries his best, but there’s just not a lot to work with.  And then the bad guy from Knight’s Tale has a small role where he seems to impersonate Christopher Walken throughout the movie. It’s a little strange.

‘I’ll Follow You Down‘ tries to be a sentimental film that mixes family drama with science fiction, and though I’m sure that it attempted to remain minimalist to focus more on plot, it could have used some special effects and the big reveal at the end was just completely anticlimactic.

At the end of the day, this probably should have been a SyFy pictures original.  It really didn’t even live up to indie cinema expectations, let alone blockbuster status.  It was a novel effort, and everyone involved showed potential, but it didn’t pan out like I hoped it would.