Daredevil Has Been Cast!!

We all know that Netflix and Marvel have teamed up to bring us a treasure trove of TV series based on their comic book  characters. One of them being Daredevil/Matt Murdock. Well it looks like Daredevil has been cast and it is NOT Ben Affleck. Rather it is the great actor Charlie Cox who is most known for his role on HBO’s ‘Boardwalk Empire‘ and lead in ‘Stardust‘. 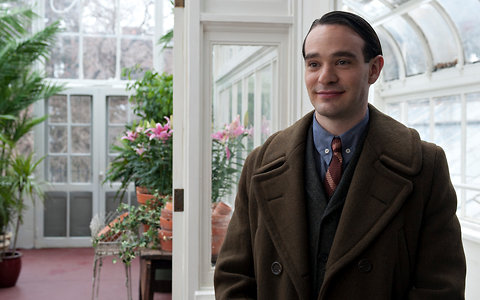 ‘Daredevil‘ will be a 13-episode superhero drama as Cox will play the blind lawyer Matt Murdock by day and will fight crime by night as Daredevil. Drew Goddard was set to run the series, but had to drop out due to making ‘Sinister Six‘ for Sony. But now Steven S. DeKnight will act as show runner and he worked on ‘Buffy the Vampire Slayer‘ and ‘Spartacus‘.

Marvel hasn’t officially announced this news yet, but we expect it to come soon. This is great news. Now we have to wait for casting on Elektra, Bullseye, and Kingpin. Can’t wait.