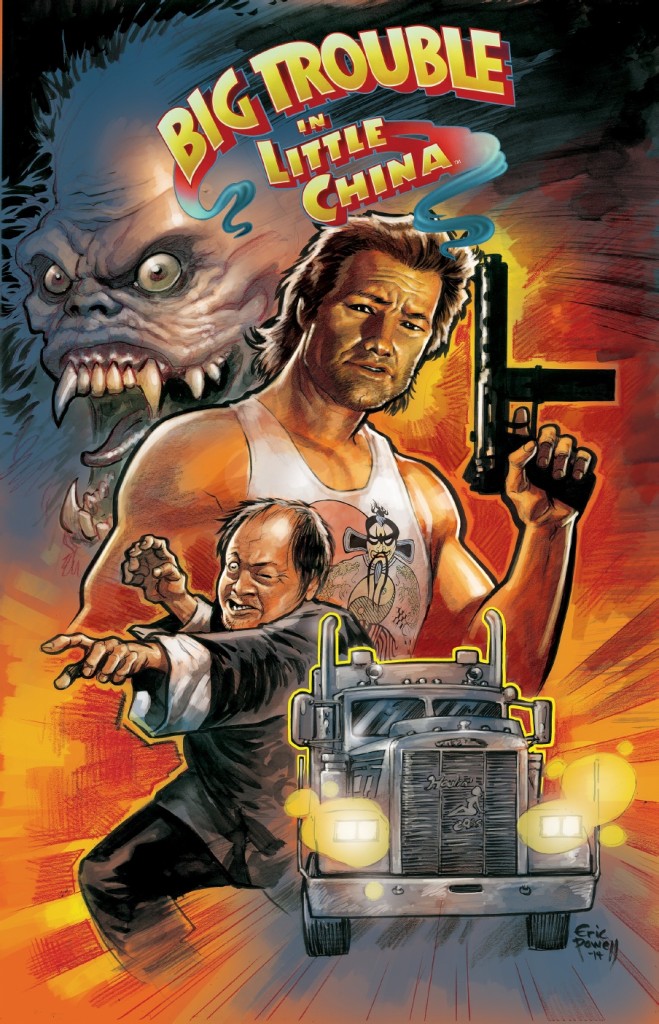 “You know what Jack Burton always says. It’s all in the reflexes.” But in this case, it’s all in the comic books. That’s right, ‘Big Trouble in Little China‘ is coming to comic book form starting June 4th from Boom! Studios. The John Carpenter film from 1986 starred Kurt Russell as Jack Burton, a hilarious truck driver who helps his friend Wang rescue his girlfriend from the evil supernatural Lopan and his monster and demon minions. I’m so happy that we get more ‘Big Trouble in Little China‘ now almost thirty years later.

Eric Powell, who created ‘The Goon‘ comic series has been working with John Carpenter closely on the comic book and said, “Everything my young brain could throw into a movie and love, it was in there.” Artist Brian Churilla who is drawing the comic said, “I don’t think I’ve ever heard Chinese black magic brought up anywhere else but that movie. It seemed like such a natural fit for a comic. It was a no-brainer.”

The new comic series will pick up right where the movie left off where Jack is driving his truck and one of the hairy monsters pops out in the back, roaring. Instead of Jack stopping the truck and fighting the monster, he befriends the monster and names him Pete and ends up heading back to San Francisco China Town where Wang will soon be married. 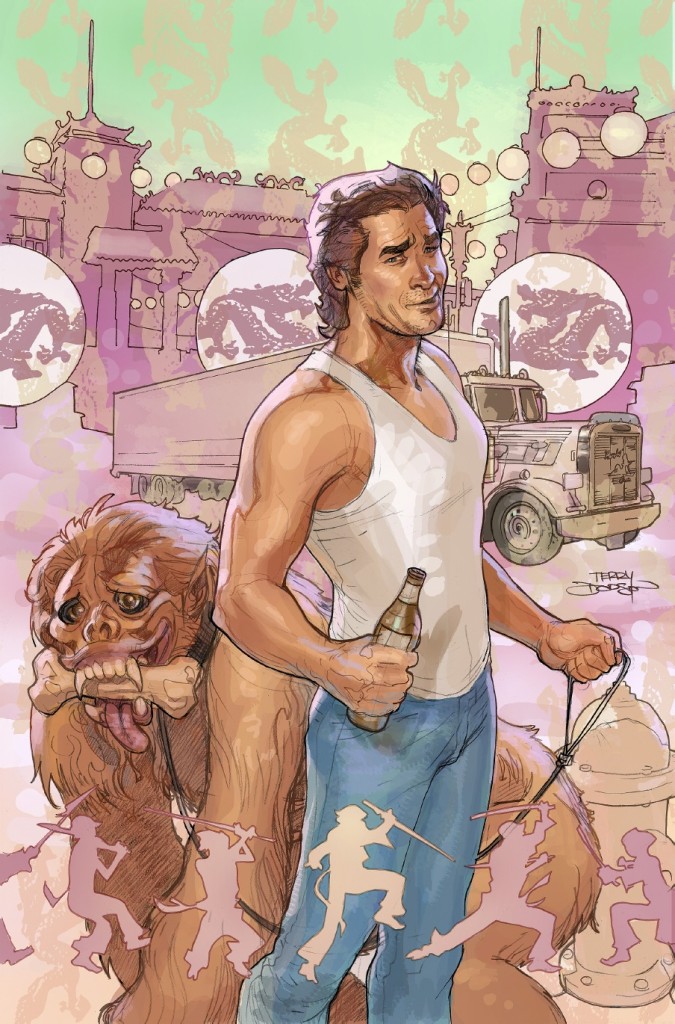 The new villain this time around is an evil warrior magician named Qiang Wu who was under the teachings of Lopan and is extremely pissed off to find out that his master has been killed. He then kidnaps Wang and this sends our favorite hero Jack Burton back into the hellish Chinese black magic underworld to save his friend – complete with tons of Jack Burton one-liners. Not to mention, we will get some back story into Jack’s earlier life, which involves biker gangs, death cults, and romantic interests that didn’t go anywhere.

I cannot wait to see all of the great adventures Burton gets himself thrown into with his new sidekick monster Pete. John Carpenter said in a USA Today interview a while ago that Jack was indeed a sidekick in his own movie saying, “He believes that ‘Relax, everybody, I’m here,’ and he can do nothing right. Nothing. “He’s a complete buffoon, but you love him.” And that is very true. He’s one of the most iconic characters of all time in the film genre. This comic series is really going to shake the pillars of heaven aren’t they? I believe they will.

Below you can find some excellent artwork from the comic and if I’m not back by the morning, call the President. 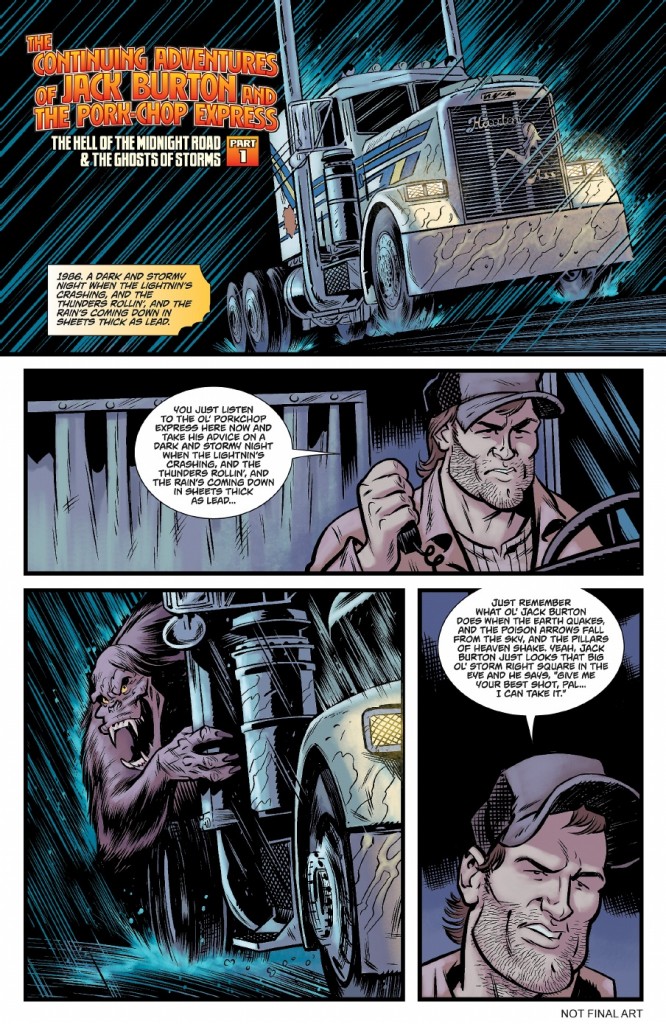 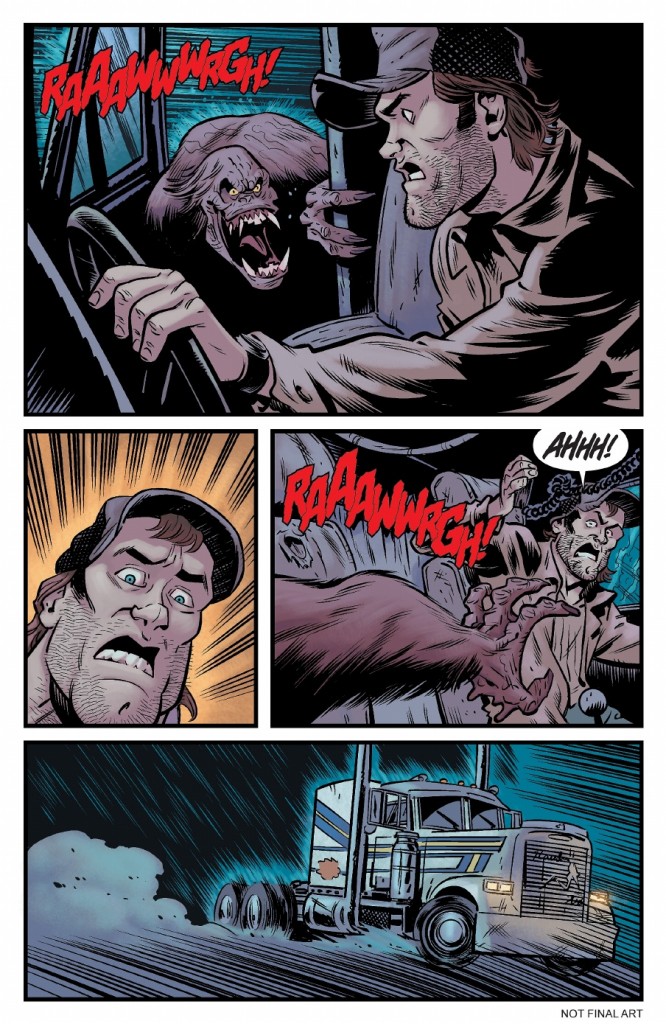 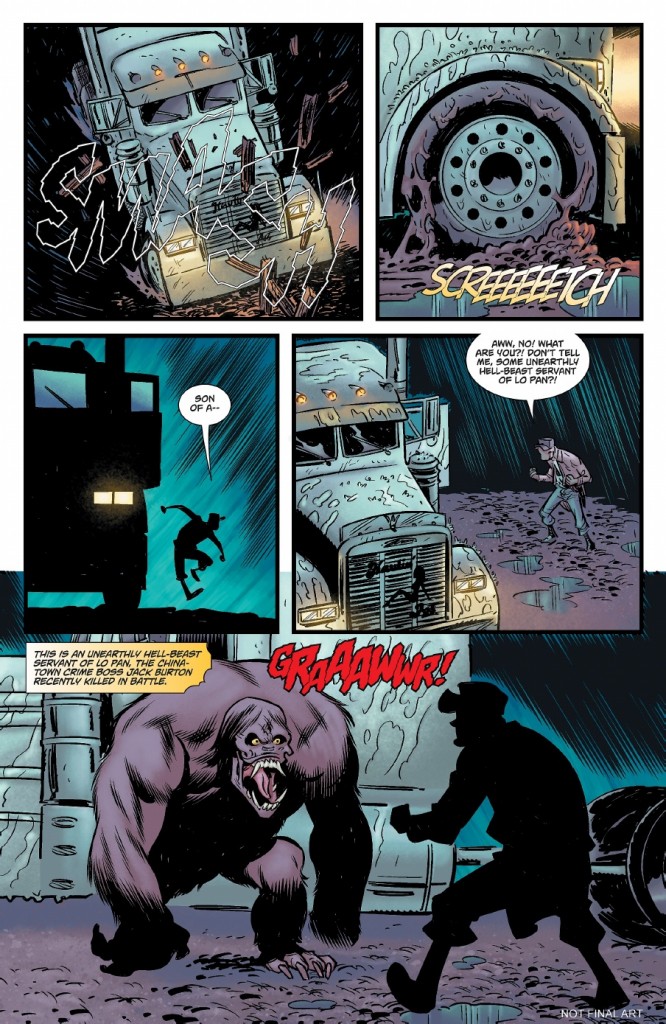 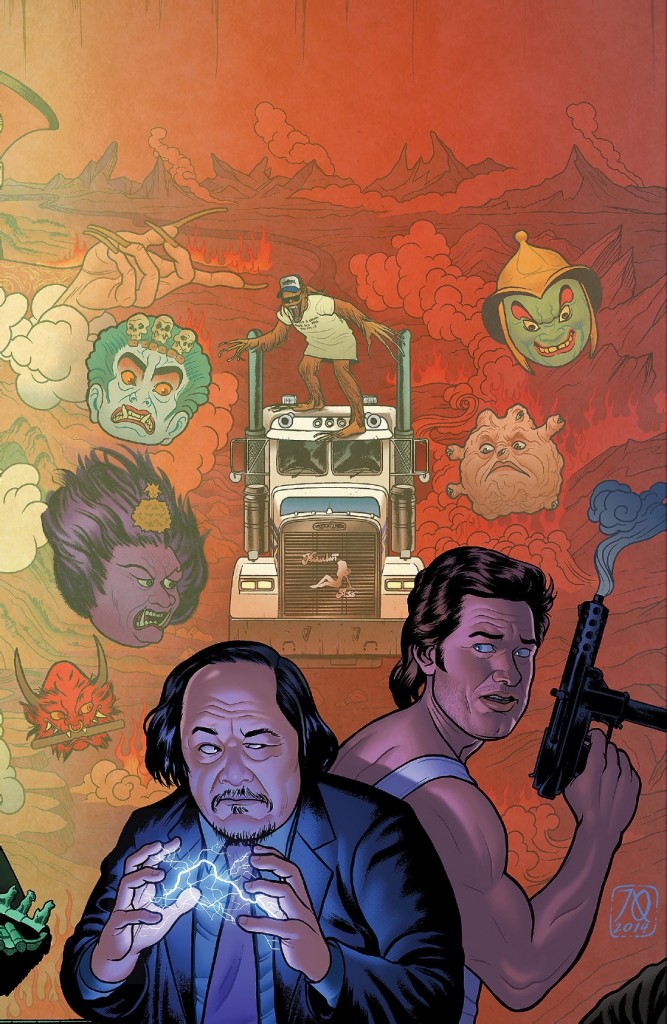 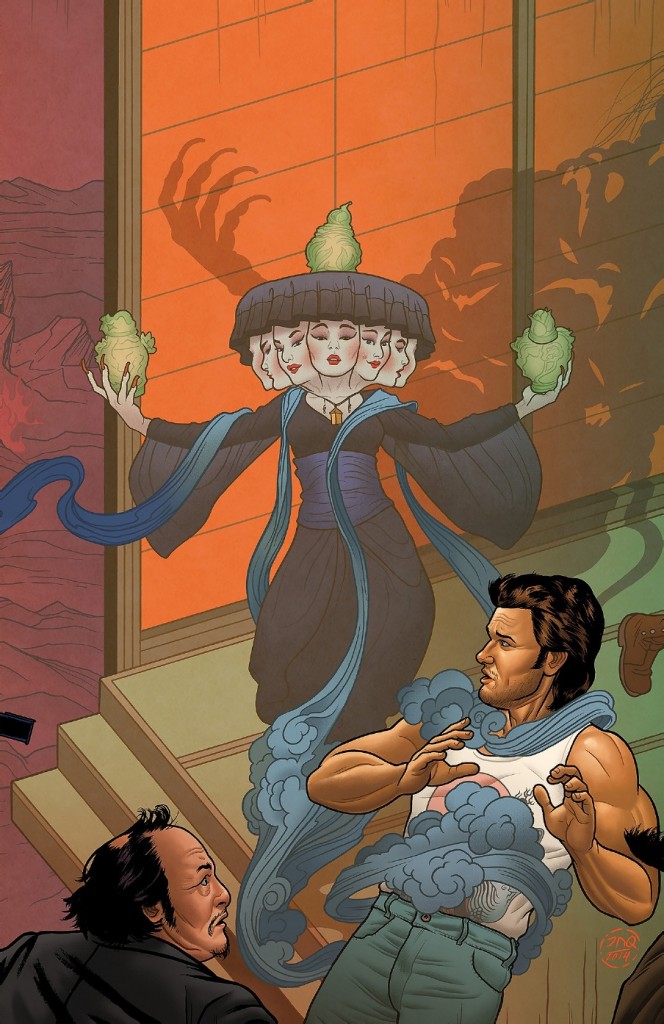 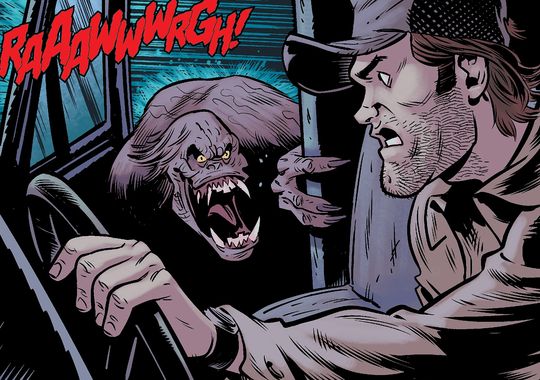 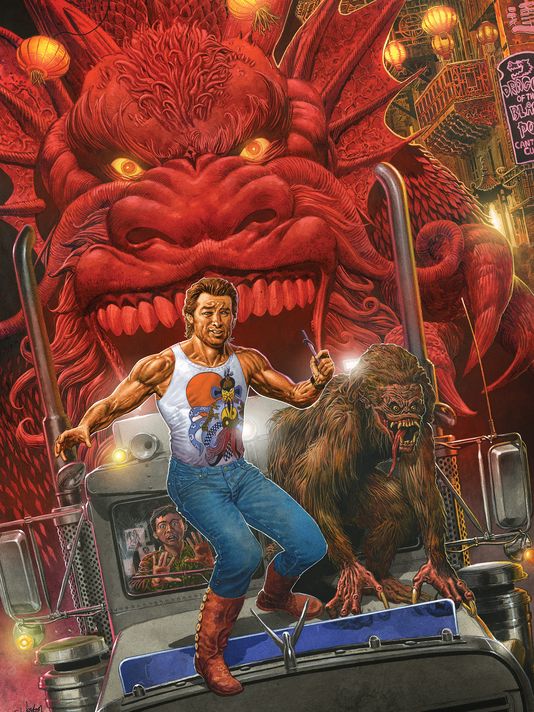