When we talk about ‘Frozen‘ a few things probably jump to mind. Be it the icy tundra it’s set in, the fantastic, albeit overplayed ‘Let it Go‘, or the comic relief that is either Olaf the hug-loving snowman or how John Travolta stumbled over the name Idina Menzel during the Academy Awards that created memes and quizzes as far as the eye could see. 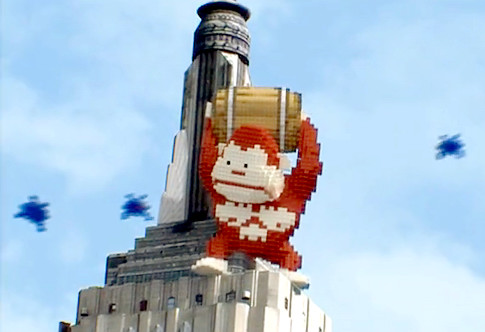 Josh Gad isn’t a name I really didn’t recognized before ‘Frozen‘, but now I  hear his name and immediately see the character he voiced, Olaf. A new project is reteaming Gad with Disney. He and writing partner Ryan Dixon will be developing an untitled comedy/family adventure for the studio. Gad has a number of acting projects in the works including ‘Pixels‘ at Sony, ‘The Wedding Ringer‘ and Screen Gems, and ‘Gilligan’s Island‘ at Warner Bros. He’s also going to be starring with Billy Crystal in FX’s ‘The Comedians‘ which has gone to series order last month. Next up for Gad is joining Zach Braff’s crowdfunded film ‘Wish I Was Here‘.

Gad has definitely got the genre he gits into figured out. Comedy is his game and he’s playing with the big boys, Adam Sandler, Kevin Hart, Kevin James and the fantastic Billy Crystal! If he wasn’t funny before, after working with a lineup like that, he will be. And CLICK HERE for our vintage interview with Josh Gad from the movie ‘Jobs’.