Jay Roach Teams With Al Gore’s Daughter and HBO for ‘Women in Space!!! If you’re looking for a successful name in the industry, look no further than Jay Roach. He began his directing career in 1990 and has been a top name for comedy since then. He is the man responsible for the three ‘Austin Powers‘ films, ‘Meet the Parents‘ and my favorite, ‘Meet the Fockers‘. In 2008 Roach began a working relationship with HBO with the movie ‘Recount‘, the film got into the details of the aftermath of the 2000 U.S. presidential election between Al Gore and George W. Bush, which led to Roach winning two Emmy’s and resulted in another Emmy-winning HBO movie, ‘Game Change‘. Roach may have moved away from the election debacle, but a new partner of his is still rather close to it.

Gore’s daughter, author-screenwriter Kristin Gore, has teamed up with Roach for a half-hour comedy series at HBO. The series, written by Gore, ‘Women In Space‘ follows a group of women exploring the final frontier on a mission to colonize another planet. The pair will executive produce. Gore, a former editor of ‘The Harvard Lampoon‘ has written for an episode each of ‘Saturday Night Live‘ and ‘Futurama‘. She also co-wrote ‘War Story‘ which premiered at Sundance. 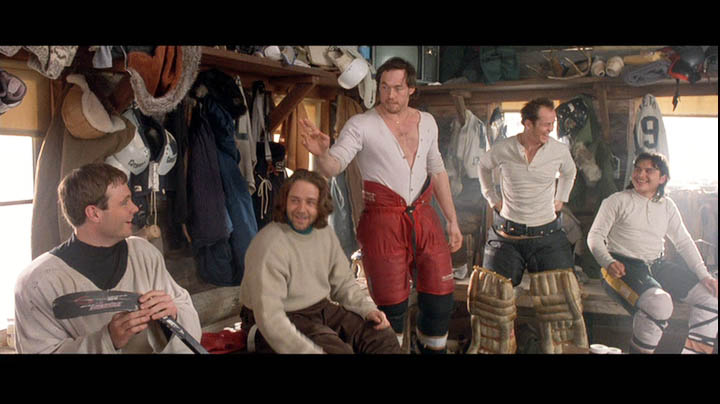 If you’re familiar with Roach’s big films, you might want to take a look at a lesser-known flick that is absolutely worthy of your time. His 1999  hockey venture, ‘Mystery, Alaska‘ features some really big names on it’s roster. Starting with Russell Crowe, pre-‘Noah‘ days, Burt Reynolds, post-‘Smokey and the Bandit‘, Hank Azaria, Mary McCormack, Colm Meaney, Kevin Durand, and the awesome Scott Grimes. Just one of these names could carry a film, but this one has them all. Add a script written by the great David E. Kelley of ‘Boston Legal‘, ‘Ally McBeal‘, ‘Chicago Hope‘ and ‘The Practice‘ fame and it’s got everything in the world going for it.

The story, when Mystery, Alaska’s amateur hockey team accepts a challenge to play against the New York Rangers, the entire population must put their petty differences aside and pull together as their small town becomes the center of a nationally televised event. Russell Crowe leads the local hockey team comprised of players named ‘Skank’ , ‘Tree’ and ‘Birdie’. Mike Myers features in a then-unheard of straight man role. If you take my advice on anything, let it be that you give this flick a view. Well, that and a wand would be better in battle then a light saber.