Film Review: ‘Heaven is For Real’!! 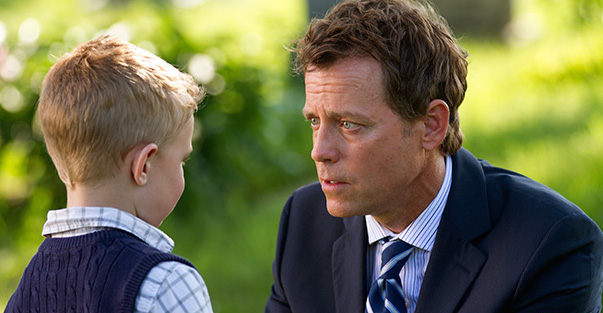 I expected ‘Heaven is for Real‘ to be bad, but I didn’t expect it to be as bad as it was. Writer/Director Randall Wallace who gained fame for writing ‘Braveheart‘ over twenty years ago who moved on to direct such films as ‘The Man in the Iron Mask‘, ‘We Were Soldiers‘, ‘Secretariat‘, and now ‘Heaven is For Real‘. It seems like his glory days from ‘Braveheart‘ are long over, because this religious movie plays out like the cheesiest made-for-tv LifeTime movie that should only appeal to a small group of people. But as times have told, these religious-centered films tend to draw people in. But don’t expect a very realistic and bloody movie like ‘Passion of the Christ‘ or the recent ‘Noah‘.

Instead, you will see a very cartoony version of what a child thinks heaven looks like, complete with winged angels, a toga wearing Jesus, and some of the corniest moments ever captured on camera. It’s unfortunate, because this movie packs some really great actors such as Greg Kinnear, Thomas Hayden Church, and Kelly Reilly (‘Flight‘). I’d be willing to bet that ‘Heaven is For Real‘ makes my ‘Worst of 2014’ list in December. 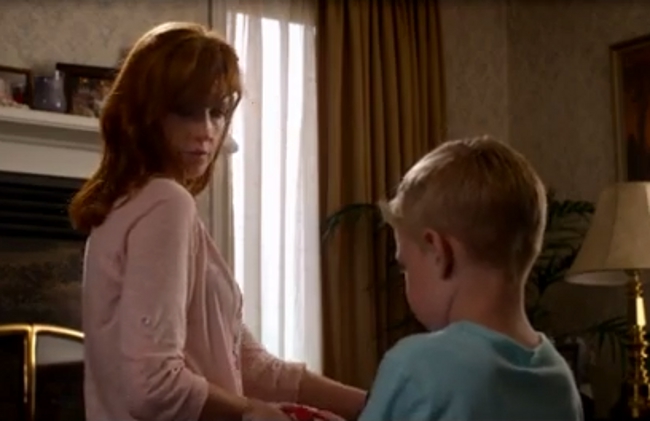 For those of you who are unfamiliar with this “true story”, like so many movies are made today, then I’ll fill you in. Back in 2003, a small town pastor, Todd Burpo’s (Kinnear) very young son named Colton (Connor Corum) had emergency surgery to take out his appendix or something like that. After Colton’s surgery, the little kid began telling his parents that he visited heaven and saw Jesus on a rainbow colored horse, angels singing specifically to him, amongst other stereo typical things kids might think heaven looks like.

Why this got so much attention in the news, spawned a book, and eventually this crappy movie, was that Colton began to tell his parents that he met his dad’s grandfather, their mis-carried child, and saw God and Mary themselves, along with other interesting revelations. But how could Colton know about these things, since he wasn’t born for these things to take place yet. This is more or less the basic story for ‘Heaven is For Real’. 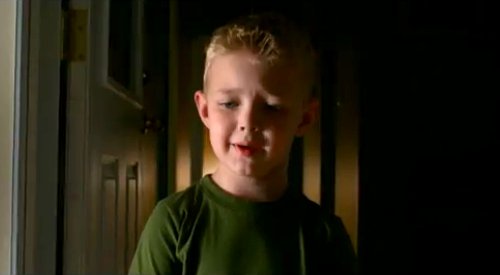 Wallace focuses his movie on Todd, the boy’s father, as he tries to make sense of all of this, while questioning his faith. Meanwhile, the news is going around town, and his church congregants are quick to turn on him and his family for actually believing or wanting to believe that his son is telling the truth. Make no mistake about it, Todd is very level headed and tries to figure things out from a scientific aspect as well as a religious aspect, but people in town and even his wife (Reilly) are tired of him trying to prove or disprove his son. The dialogue is just downright awful and cheesy with your stereotypical kiss scenes with the sun peaking through them, and even a few lines that will make you cringe and say, “Who talks like this?”

At least Kinnear and Reilly do a very professional and great job with their performance and sell it as well as they can with the material they are given. And Thomas Hayden Church is a comedic genius, but is so underused here, that they could have filled his role with anybody in Hollywood. It was big missed opportunity. And Wallace seemed to want to film the movie from heaven, because there are more arial shots in this movie than in a Michael Bay film. There was just no point to it. Sure the kid actors are cute and all but that can only go so far. 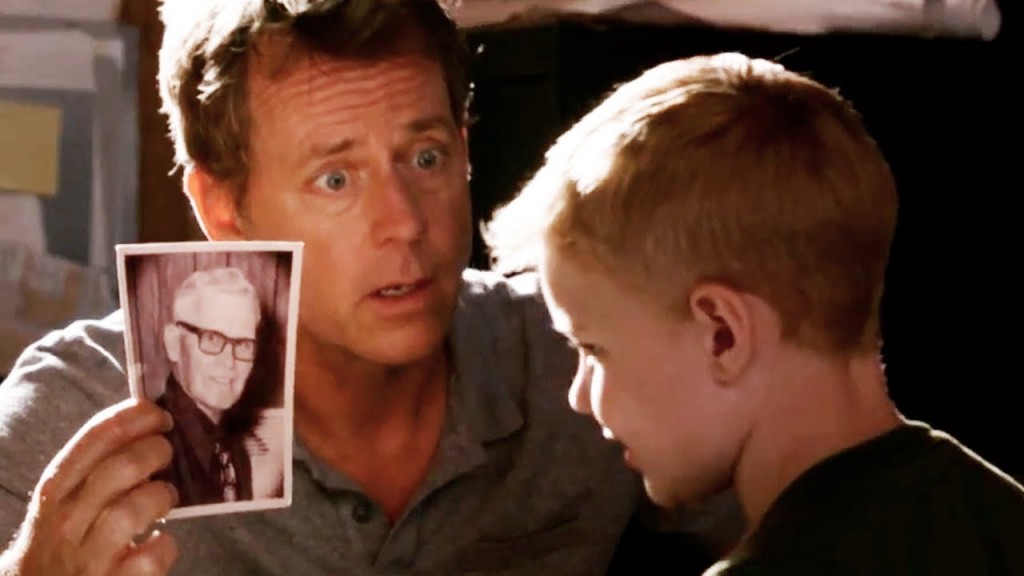 I’d say the best part of the movie came from a scene where Colton’s older sister was explaining to her parents that she punched two kids at school for making fun of Colton, to which her dad Todd was impressed and told her, ‘I’ll teach you to hit someone without hurting your knuckles.” But the scene where it showed her hitting the other kids was so poorly executed, that you’d think you were watching an after-school special for three-year olds.

The emphasis on Christianity is very heavy here. It’s not overly preachy, but it’s very ‘on the nose’. I don’t know if ‘Heaven is For Real‘ could have ever been a good film no matter who was in it and who made it. All I know is that it could have been better than this. You can do yourself a favor and save yourself the money and see something else this weekend.

One thought on “Film Review: ‘Heaven is For Real’!!”