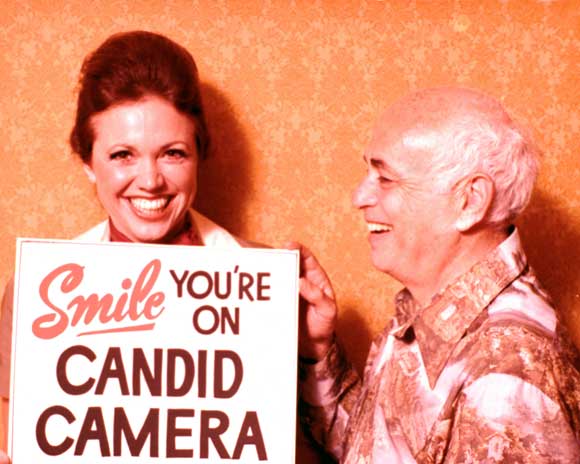 If you watched TV from any point in the late 40’s to to a few years ago, you probably saw, or heard the phrase “Smile, you’re on Candid Camera“. The  show, which was really the original reality show if you think about it, debuted in 1948 and ran until 2004. Obviously in that time there were different hosts and pranksters, but the premise remained the same, hidden cameras capture real reactions of ordinary people being confronted with unusual (to say the least!) situations. 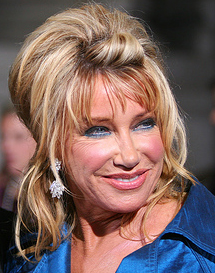 TV Land is teaming with Ben Silverman’s Electus and Peter Funt’s Candid Camera, Inc. to co-produce a new version of the series. Funt will executive produce alongside Silverman, TV Land president Larry W. Jones and Keith Cox.It is slated for a 10-episode run set to air this summer. Funt is the son of the original show’s creator and host Allen Funt and will co-host the TV Land version. His co-host partner will be announced at a later date. The former co-host that sticks out in my mind the most is Suzanne Somers. I’ll acknowledge that she used to be pretty hot back in ‘Three’s Company‘ days. However, now? She looks absolutely hideous. I suppose one good thing about her appearance now is that she is glaring billboard showing how plastic surgery can go bad. Somers and Goldie Hawn are perfect examples of how beauty will fade for everyone, no matter how much cash you throw at it. I’m thinking Somers face would melt if she was to be under hot studio lights again, so I’m hoping they pick another co-host and not dip into the plumped, pulled and stretched leather bag that is Somers, again.

“We’ll be daring but respectful, funny yet insightful,” Funt said. “A remake of ‘Candid Camera‘ is the perfect addition to your portfolio of original series,” Jones said. “The show is full of joyful laughter that catches you off-guard and leaves you in high spirits–exactly the outlook that our brand embodies.” TV Land joins a list of networks that has carried some version of ‘Candid Camera’. ABC, NBC, CBS and Ion have all aired the series that has been sold into syndication many times. The show features a format that has been duplicated in various ways. TBS has ‘Who Gets the Last Laugh’, MTV revived the Ashton Kutcher vehicle ‘Punk’d’ and Lifetime carries ‘Prank My Mom’. NBC  had a mildly successful run with ‘Betty White’s Off Their Rockers’ that ran for two seasons before being canceled and revived by Lifetime.

‘Candid Camera‘ will be right at home among TV Land’s classic offerings like ‘The Brady Bunch’, ‘The Cosby Show’, ‘Gilligan’s Island’ and more. The show joins an original programming lineup at TV Land featuring ‘Hot in Cleveland’, ‘The Exes’ and ‘Jennifer Falls’ which is set to premiere in the summer, as well. This show will be more positively focused than others in the same genre. “You’ll see things that cover the most relevant themes of our time; we’re going to be doing different bits and narrative serials in the show that have come from the DNA of the original but are things that have never been done before” Silverman says. When asked  if the show will feature a live component he responded “That’s something we’re all very interested in and have discussed a ton with TV Land.”