Mar 13, 2014 alpha house, amazon, Bosch, Mozart In The Jungle, The After, Transparent

Amazon jumped head-first into original programming with 5 pilots that were uploaded to their site where they encouraged viewers to watch and comment their opinions. I’m guessing they got the reaction they wanted as they have now picked four of the titles to give a series order. This includes the first dramas for their fledgling, innovative line-up with ‘The After‘ and ‘Bosch‘. Their new comedy series are ‘Mozart In The Jungle‘ and ‘Transparent‘. The fifth pilot that was not picked up, ‘The Rebels‘ comes from Ice Cube and Michael Strahan. From Amazon’s first pilot season saw eight comedies going to pilot while only two were picked up for series, ‘Alpha House‘ and ‘Betas‘. Of those two, ‘Alpha House‘ has been renewed for a second season and ‘Betas‘ has been discontinued. 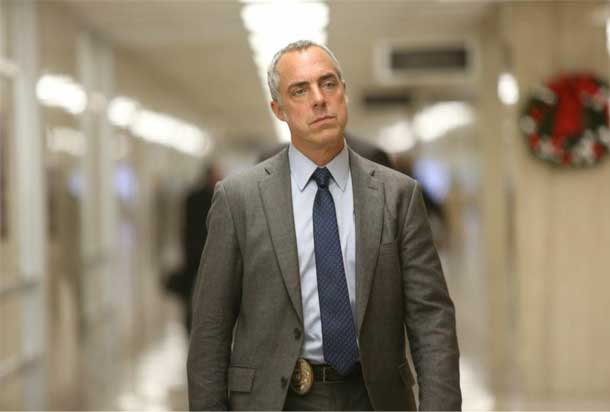 Adapted from author Michael Connelly best-selling series and written by Eric Overmyer and Connelly. Bosch follows a relentless LAPD homicide detective as he pursues the killer of a 13-year-old boy while standing trial in federal court on accusations that he murdered a suspected serial killer in cold blood. Titus Welliver pulls off the lead well. Welliver is one of those actors that I’ve seen before, but associate with ‘Sons of Anarchy’ where he played the sadistic Jimmy O’Phelan, boss of the true IRA. No matter what role he plays, he’s always going to be Jimmy O to me. You would think having the given name of Titus Welliver that he would get the chance to have a run-of-the-mill name in his acting gigs. Not true with ‘Bosch’, who’s full name is Hieronymus Bosch, named after the 15th century painter.

Chris Carter, creator of the sci-fi hit ‘The X-Files’, brings us a story following eight stranger who are thrown together by mysterious forces. They must help each other survive in a violent world that defies explanation. ‘Leverage’ regular Aldis Hodge, Andrew Howard, who played ‘Bad’ Frank Phillips from the celebrated ‘Hatfields & McCoys’ mini-series, lead the cast.

‘Mozart in the Jungle’

This dramedy was written by Oscar-nominated writer and director Roman Coppola (‘Moonrise Kingdom’, ‘The Darjeeling Limited’). Series created by Coppola, actor Jason Schwartzman (‘Scott Pilgrim vs. the World’, ‘Moonrise Kingdom’) and Tony nominated writer and director Alex Timbers. The series is based on the memoir ‘Mozart in the Jungle’ by Blair Tindall. The source novel shows that even classical music is fueled by sex and drugs. We learn what happens behind the curtains at the symphony and that it is just as enthralling as what happens on stage. Paul Weitz (‘About A Boy’) directed the pilot. It features some big players like Gael Garcia Bernal, Malcom McDowell and Bernadette Peters.

*Extra Tidbit of info – Roman Coppola is part of the Hollywood Royal family, son of Francis Ford Coppola, nephew of Talia Shire and cousin to Robert and Jason Schwartzman and Nicolas Cage, he was born Nicholas Kim Coppola and changed his name to make his own reputation. He looked to comic books for his name when he found Luke Cage. Former cousin by marriage to Spike Jonze.

Also, if you have not watched the 2002 film and Academy Award nominee ‘About A Boy’ based on Nick Hornby’s novel starring Hugh Grant, Toni Collette and Nicholas Hoult in his film debut, you can not appreciate the gorgeous man Hoult has grown into. I laughed, I cried, it moved me. Seriously stellar performances. 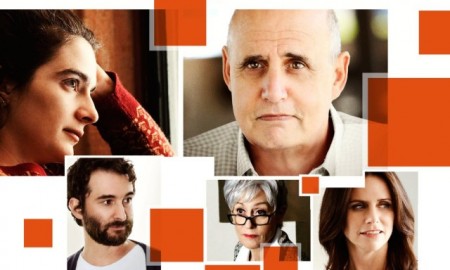 Rounding out the list is ‘Transparent’. Writer-director Jill Soloway (‘Six Feet Under’, ‘United States of Tara’), brings this dark comedy to life. The story about an LA family with serious boundary issues explores all topics, sex, memory, gender and legacy. The past and future of this family unravel when a big secret is revealed that causes the other secrets come to light. Some big star talent in this series as well with Jeffrey Tambor is known far and wide mostly as George Bluth Sr. from ‘Arrested Development’, Judith Light (‘Who’s The Boss’, ‘Ugly Betty’), Gaby Hoffman (‘Now and Then’, ‘Field of Dreams’) all appeared in the pilot.