‘The Brink’ Is Coming To HBO With Jack Black and Tim Robbins!! 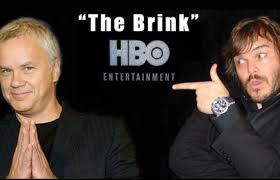 HBO, in a quick move, has given a series order to ‘The Brink‘. The comedy stars Jack Black (‘Tropic Thunder‘, ‘School of Rock‘) and Tim Robbins (‘The Shawshank Redemption‘ and ‘Mystic River‘), directed by Jay Roach (‘Meet The Parents‘, ‘Austin Powers‘) and executive produced by Jerry Weintraub (‘The Karate Kid’ franchise, ‘Oceans Eleven’ and the newly announced ‘Tarzan’). Now that we have the proven star power behind this project, we need talented writers to bring it to fruition. Roberto Benabib and his brother Kim Benabib are penning the script. Roberto Benabib has shown a master handle on writing a dark comedy with his successful stint at writing for the show ‘Weeds‘ and ‘Ally McBeal‘.

‘The Brink‘ will focus on a geopolitical crisis and its effect on three disparate and desperate men: U.S. Secretary of State Walter Hollander (Robbins); Alex Coppins (Black), a lowly Foreign Service officer; and Zeke Callahan (Pablo Schreiber), an ace Navy fighter pilot. These three compromised souls must pull through the chaos around them to save the planet from World War III. Aasif Mandvi, Maribeth Monroe, Geoff Pierson and Esai Morales co-star on the series, executive produced by Roberto Benabib, Weintraub and Roach. Kim Benabib and Susie Ekins co-executive produce.

Jerry Weintraub began the journey that started with an email containing a script. “I read it and I fell in love with it”, Weintraub said. He had lunch with Roach about a different movie project when Roach mentioned that he had been looking to do a half-hour comedy. Weintraub sprinted to his office and brought Roach ‘The Brink‘ script. Joking that Roach “is famous for taking three years to make up his mind” on anything, Weintraub heard from the director the very next day. “He calls me and he says, ‘I’m in, the script is too good’.” After that the project quickly got a green light for a pilot at HBO with Weintraub and Roach’s wish-list actors, Black and Robbins, both coming on board. “We surrounded them with great actors, and it all came together,” Weintraub said. “We knew at the table read that we had the right thing” 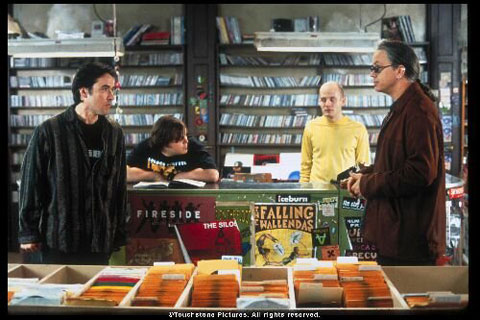 Besides Weintraub and Roach quickly making up their minds to lend their powerful names to the project, the pilot was completed and only shown to HBO big boys yesterday, triggering another immediate response in the form of a series pickup. In total time, it took only 4-5 months from the moment Weintraub started working on the series to it gaining a greenlight. In Weintraub’s jocular way, he said “They don’t know how long I’m going to live, that’s why they picked it up so quickly” quipped the 76 year old, he then praised HBO for being “very supportive and not intrusive in the creative processes. Besides the quick decision to produce ‘The Brink’, Weintraub also received the go ahead from Warner Brothers for the 3-D ‘Tarzan’ movie this website recently reported on.

Since we’re talking about the genius of Jack Black and Jay Roach, I have a few other titles I want to convince you to check out. I love great movies, if they’re mainstream, I always have plenty of people to talk about the title with. Sometimes a really fantastic film is one of those little-known or a black-sheep of the artist’s repertoire. 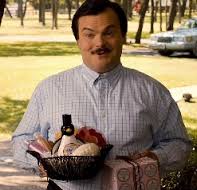 The first film I’m pimping to you actually has some big star power in the cast. Jack Black, Matthew McConaughey and Shirley MacLaine star in the re-telling of the true story of ‘Bernie‘ Tiede. Bernie is a funeral director, choir singer, friend of everyone he meets in the town of Carthage, Texas. Everyone that meets him adores him. He befriends a crotchety, rich older lady of the town. The pair becomes companions for everything from daily chores to expensive vacations. Ultimately the nice guy, Bernie, snaps and creates a cover story for the elder Marjorie Nugent’s whereabouts. The greatest thing about this movie, besides Jack Black’s singing voice that surprises me every time I hear it, is that this really happened. You can find ‘Bernie’ on Netflix, currently. 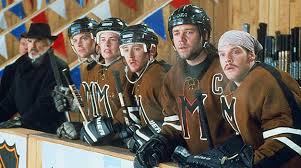 The next movie I want to convince you to watch is a Jay Roach-directed sleeper of an amazing story. This one is jam-packed with stars as well and totally worth the watch. ‘Mystery, Alaska’. Russell Crowe, Burt Reynolds, Hank Azaria, Colm Meaney, Scott Grimes, Kevin Durand and Ron Eldard. If you grew up watching 1991’s ‘Drop Dead Fred‘ like I did, you’ll recognize Eldard as Mickey Bunce!!! Even funnier than that is his character’s name is ‘Skank Marden’. Already this movie is full of win. The movie is about the town of ‘Mystery, Alaska’. The town comes together to play the ‘Saturday game’, it’s a matter of pride to be chosen for this team. The local sheriff, John, is played by Russell Crowe. In the newest edition of ‘Sports Illustrated’, one Mystery native that made it out writes a story about their amazing history of open pond hockey. In the article besides complementing key members of the town’s hockey team, he points out they play as well as any NHL team. The plot culminates in a challenge by the New York Rangers. The small, but proud town of Mystery, Alaska is thrown into a national spotlight as they take on the Rangers. There is everything you can expect from a small town, corruption, jealousy, infidelity. All in all, this movie is one of my favorite Russell Crowe movies, and he is one of my favorite actors, so this is a huge movie to have on that list. This one is not on Netflix streaming, but you can rent the DVD.