‘The Book of Negroes’ Casts Big Names For Miniseries!!!

Lawrence Hill wrote a book that has two names. ‘The Book Of Negroes‘ is the Canadian title and ‘Someone Knows My Name‘ is the Americanized title. The base of the story is told through the eyes of Aminata Diallo. She is kidnapped from her South African home at the age of 11. She travels the ocean in captivity being sold into slavery in California. Like the book title, her name is changed once she gets into America, as well.

She secretly learns to read and write, practicing her Muslim religion and marrying and delivering a daughter before she is separated from the infant and her husband. She practices midwifery with her new owners consent and giving him part of the money she is paid for it. She escapes in the tumult that is New York at the start of the American Revolution. She continues to use her midwife skills and teaches others to read and write. ‘The Book of Negroes’ is a real life historical document that is an archive of freed African American slaves who requested permission to leave the United States in order to resettle in Nova Scotia in Canada. If a slave wanted to escape to Canada during the war of the Revolution, their name had to be written in the book. By proving she served Britain in the Revolutionary War, she gained her entry onto the roles.

Sounds like a moving and eventful story, right? Like something that would make a great miniseries? Disco. That’s exactly what the plans are. Oscar winners Louis Gossett Jr (‘Iron Eagle’, ‘An Officer And A Gentleman’) and Cuba Gooding Jr.(‘Jerry Maguire’, ‘A Few Good Men’), Aunjanue Ellis (‘The Help’, ‘The Mentalist’), Lyriq Bent (‘Four Brothers’, ‘Honey’) have all been announced as part of the cast for the project. A miniseries based on Hill’s bestselling and award winning 2007 novel. The mini-series is co-written by Clement Virgo and Lawrence Hill, Virgo is on tap to direct. Filming begins this week in South Africa. 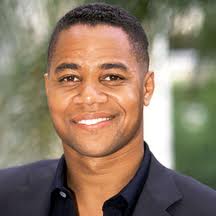 This is an awesome lineup! Louis Gossett Jr. sits in my mind as he is for most 80’s kids I bet in the role of Chappy Sinclair from 1986’s ‘Iron Eagle’. Every kid in america felt that between ‘Iron Eagle’ and 1984’s ‘Red Dawn’, our parents will get rescued or we would at least avenge them in an awesome and bad-ass way with our knowledge we gained from these movies. Was there a teenage girl that did NOT fall in love with Cuba Gooding, Jr. in ‘Boyz n the Hood‘? Aunjanue Ellis had a small part in 2004’s ‘Ray’, but she jumped onto my radar as the sadistic but beautiful Diane from 2008’s beginning of ‘True Blood’.  A moving story line, proven fan favorite actors – there is no reason this should not be a hugely successful production.