Ron Howard Might Direct The Live-Action Adaptation of ‘The Jungle Book’!! 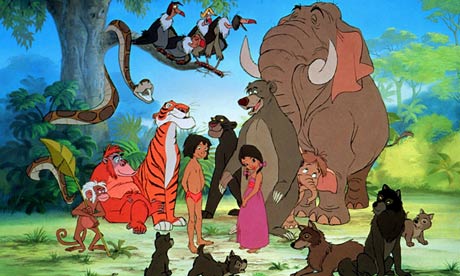 This project just can’t seem to get off the ground. Over the past few years, Rudyard Kipling’s ‘The Jungle Book‘ has been trying to get made over at Warner Bros. There have been a few big-time directors on the stand, set to direct this, but all have fallen through. Now it seems that Ron Howard is the next person in line to inherit this big project.

Director Alejandro Gonzalez Inarritu (Babel) was set to direct, but he had some scheduling conflicts, so now Warner has reached out to Howard. And it looks like it’s a go. They just need to dot the i’s and cross the t’s. Callie Kloves wrote the screenplay for the live-action adaptation. Callie is the daughter of Steve Kloves who wrote all the Harry Potter screenplays. Both Kloves and Howard are set to produce too.

Howard hasn’t made a family friendly film since 2000 with ‘The Grinch‘, starring Jim Carrey. So this would be a good time to make something for the whole family. But do we really need two versions of the same story. I just hope they don’t come out at the same time. If you can’t remember, ‘The Jungle Book‘ is set in the wild jungles of India where an orphaned boy named Mowgli is raised by wolves and befriends a bear named Baloo and Bagheera, a panther. He fights the dreaded tiger names Shere Khan.

This is going to be an interesting one, considering the blu-ray to the animated ‘Jungle Book’, we all remember growing up with was just released again.