I really wanted to like ‘The Bag Man‘, I did. I love Robert De Niro. I love John Cusack. How could this not be an awesome movie? It started out really promising. The opening scene jumped right into the plot. No excessive build-up, no slow start, just right there. Boom! On first impressions I was already bored of hearing about the bloody bag but I was intrigued, too. I want to know what’s in the bag but I’m also trying to figure out who decided to outfit De Niro and Cusack with the most ridiculous eye-wear known to man. De Niro’s begin to grow on you, but there is no way I could ever take Cusack seriously in those hideous specs. 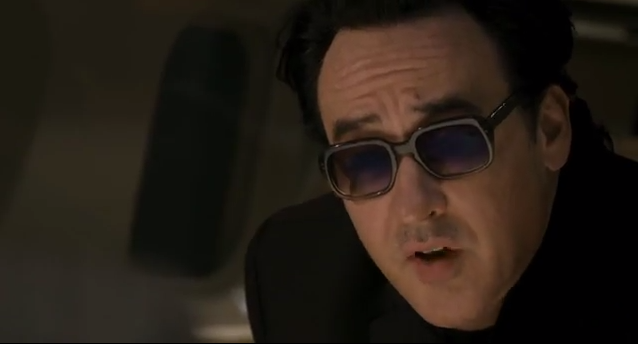 Cusack looks great in a black suit, but we’ve seen this look before (although not with the optional accessory glasses). This plays out as typical John Cusack. He had the crazy eyes, the irritated voice, the solemn look, all wearing the black suit. Here’s a twist though, he added a ball cap sometimes. Robert De Niro’s look doesn’t get away with just a set of glasses to get used to, his hair is so frakking poofy in this movie! His hair needed to be cast separately. His paycheck could cover enough hair product to keep Benedict Cumberbatch in curls and Pauly D with his stiff Vanilla Ice-knock off.

I think my favorite character from this movie is from Crispin Glover. We’ve seen Glover play creepy, but this kind of creepy is on a whole new level. It’s believably creepy. Not only does he run a crappy motel out in the middle of nowhere, but he has a bit of a mother issue. He’s in a wheelchair without any explanation, which I think is kind of cool that it’s just there. How often do film makers make a character handicapped without any back story as to why? Not often enough. Glover, by far, gets my nod for best actor in this pic.

This is a dark film, not only in subject matter, but in film-tone. Color seems really out of place, and glaringly obvious, so Cusack’s black suit blends right in. Cue the female lead’s entrance in bright red leather and neon blue hair. She prances around and talks the same way as if the cast called for a Sofia Vergara-type but they couldn’t get Sofia Vergara. Dominic Purcell played a local cop on the take but HE even had goofy glasses! Purcell’s role was really forced and it just didn’t work for me. I’d rather see him in ‘Prison Break‘ or ‘Blade: Trinity‘. 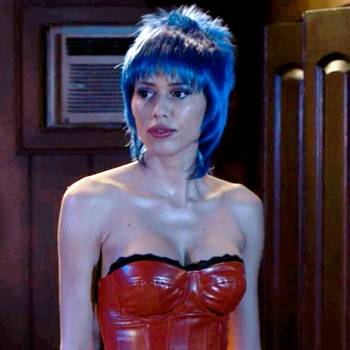 The star power this film had should have produced a better movie and it’s not the actors, it comes from a crap script. If you’ve only got a story about a guy getting a bag and waiting, this was it. I really wanted more of story line, but this was just a mix of all the wrong elements for me. The characters just seem one sided and dull. The story was stilted and felt forced. The jungle game of hide-and-seek only adds to the confusion of  a movie that should never have been.