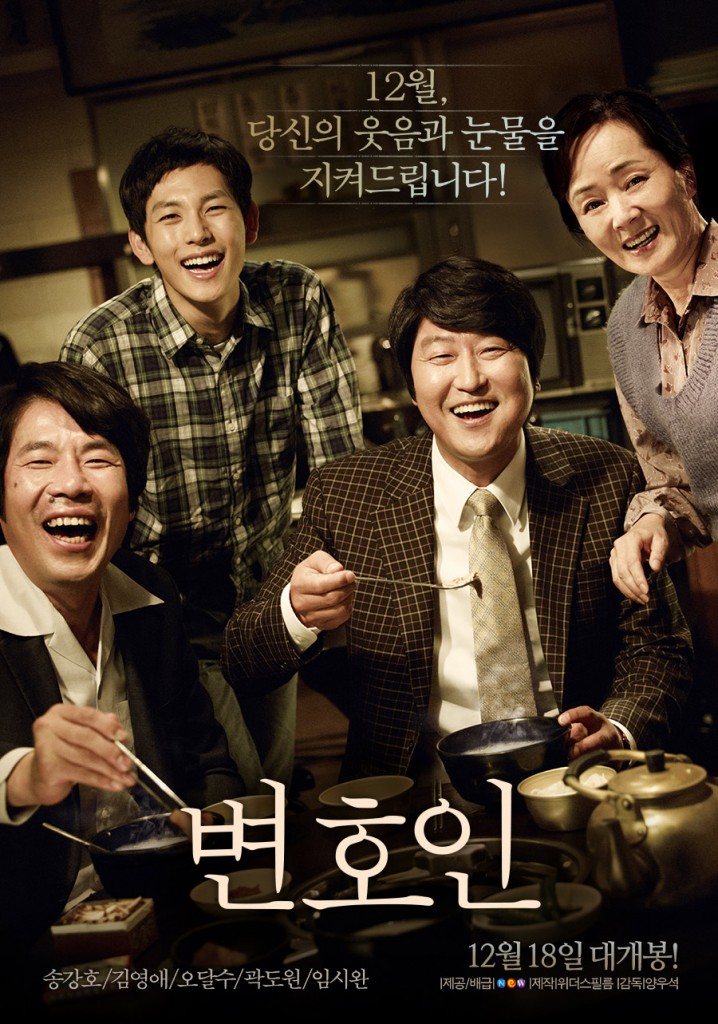 Director Yang Woo-seok did a great job with his first outing with ‘The Attorney‘, the South Korean flick that has gone on to be one of the biggest films in the country. The movie is based on the real events of Roh Moo-hyun, who was South Korea’s ninth president, who later became an activist. The performances are top notch from everyone involved with Song Kang-ho (‘The Host‘) giving  his best performance to date. This two-hour films deserves a wider release state-side.

If you were to look at the poster for the film, as you can see above, you would think that ‘The Attorney‘ was an easy-going comedy about an underdog lawyer whose success upsets his judgmental co-workers. And this is true for the first half-hour or so of the film, but the tone oddly shifts to a rough courtroom drama. I did not quite expect that, but if you set aside the shift in genres, the performance of Song really carries this film all the way.

Song Kang-ho plays Song Woo-seok , a successful lawyer who only has a high-school education, which infuriates his co-workers. It seems that he is only in the law business to make tons of cash, with no real moral compass. However, he has a change of heart when he takes on a case that involves a young man named Park Jin-woo (Lim Si-wan), a college student who was wrongfully arrested and tortured by the police for reading anti-communist books. The police set up this trial that is almost certain to convict the poor kid, which he was brutally forced to give a false confession. 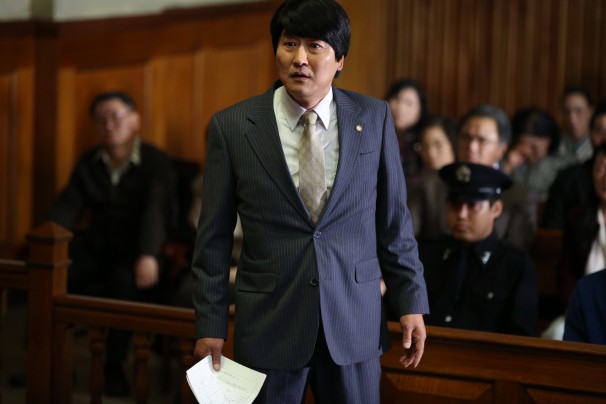 The movie itself as a whole is good, but once it shifts into the courtroom drama, things get a bit cliched, and we see some events unfold that we have seen many times before. Our main character was a much more fun character to watch and be with in the first half of the movie before the moral switch, but Song pulls it off well.

That being said, ‘The Attorney‘ still tells an unrelenting story, which takes place in the 1980s about South Korea’s social and political climate, which is sure to strike a chord with audiences. This is an excellent first film for Yang, and I look forward to seeing his future endeavors. This film deserves to be seen.