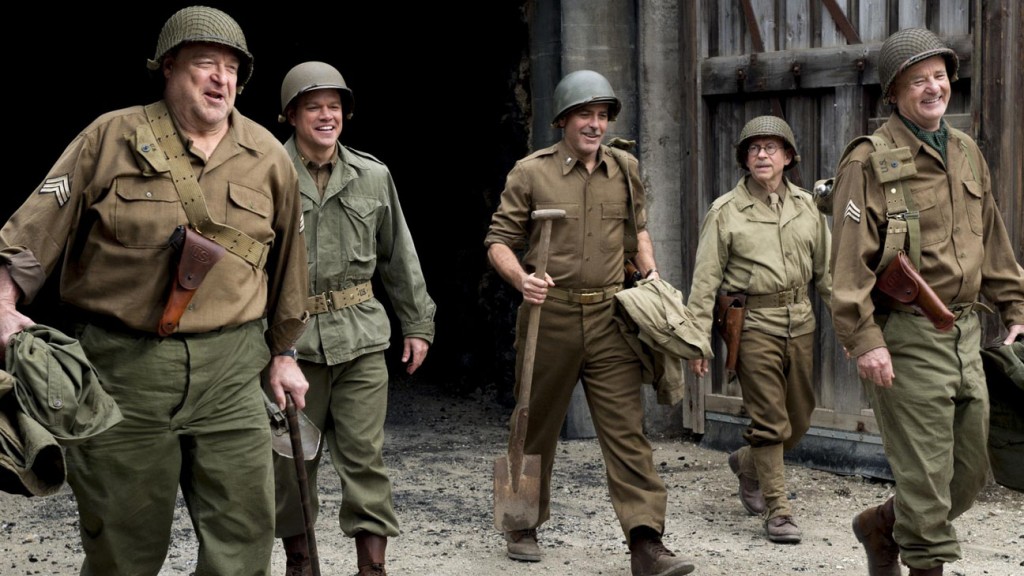 George Clooney has had an amazing track record of films he has been in and directed. From ‘Good Night and Good Luck’ to ‘From Dusk Till Dawn‘, the brilliant man seems to know what he is doing. Clooney is also no stranger to war movies, as he has been involved in several different war films, but he has yet to direct one up until now with ‘Monuments Men‘. Sure, you can argue that ‘Monuments Men’ isn’t a “war film”, but rather more of an art heist movie, but I would argue against that.

I would categorize this film in the ‘war’ genre as it takes place during WWII, has battle scenes, soldiers, training camp, and Hitler. This story is a great story, one that you might not have heard of if it weren’t for this film, but it’s a mess of a movie from top to bottom, which is unfortunate, because it has an amazing cast. As the film would let you know at the beginning, “This is a True Story’, and it is. The film follows a small group of older men who head out to Europe at the tail end of WWII, in order to find and take back all of the art stolen by the nazis for Hitler’s giant art museum, which never came to be. In true fashion, the film starts out as ‘Ocean’s 11‘ started out with Frank Stokes (Clooney) trying to recruit a team to head to Europe. 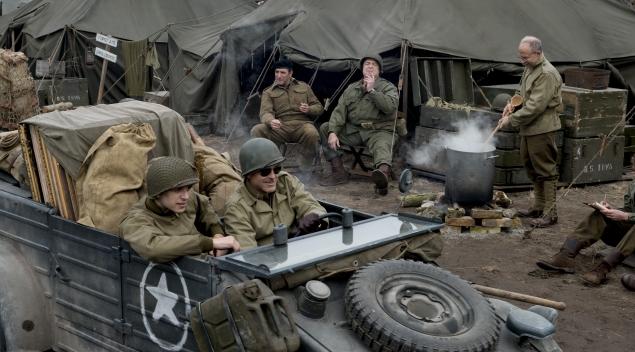 His first recruit is ‘Ocean’s 11’ alum Matt Damon, and the two sit at a bar, drink, laugh, and talk about the operation. It is never explained what Stokes actually does in the film, other than he is a lover of everything art. He explains this to the President of the United States, who then allows him to form a team and head overseas. We see Stokes recruit several other older gentleman who are all art scholars of some sort including John Goodman, Bob Balaban, Bill Murray, Dean Dujardin, and Hugh Bonneville. He doesn’t recruit younger men, as most of them are already overseas on “more important” operations.

One of the main problems with ‘Monuments Men‘ is its characters. There is no single trait to distinguish each character. They all seem to run together with the exception of Bill Murray’s character who receives a little bit  of background and emotion. Other than that, it is difficult to really feel for any of these characters, no matter what fate my serve them. So this team, as they’ve dubbed themselves the Monuments Men, are in Europe and are traveling place to place looking for the stolen art. And it becomes apparent that the big key art piece they are looking for is the ‘Madonna and Child’ sculpture by Michelangelo himself.

As they go from place to place, saving art, and mostly avoiding being killed by remaining nazis, there is no real character camaraderie to help us enjoy the mission their on, other than it being a group of people making things difficult for the nazis. If you’re expecting a film with lots of gun fights, war scenes, and blood, than this is not the movie for you, as there is not any blood, nor is there one single nazi kill. It made me want to immediately watch Tarantino’s ‘Inglorious Basterds‘. Instead, if we have one of our main guys face-to-face with a nazi with guns drawn, the scene ends happily with the two sharing a cigarette, a few laughs, and both sides going on their merry way. Clooney tries to add some very emotional moments dealing in barrels of gold teeth or some other reference to the holocaust, but it seems to on the nose, and not enough time is given to make the scene work. 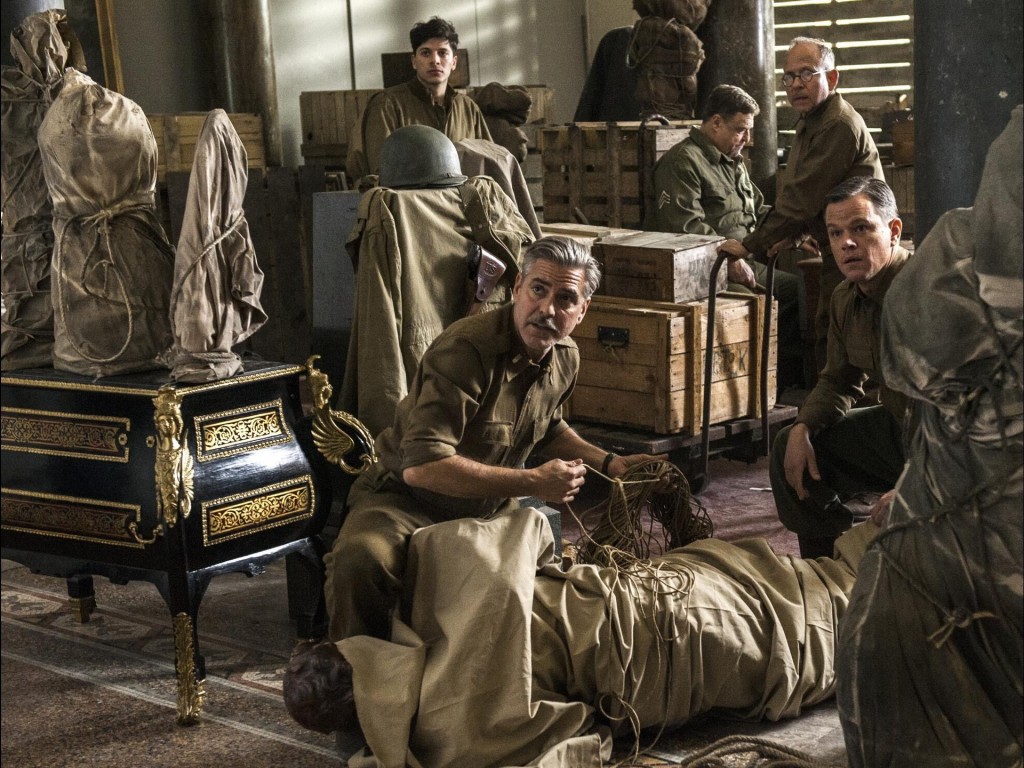 In fact, each scene never seems to have an end point, but rather just clumsily slides into the next. The dialogue at times is very cheesy and silly too, and in no way works in this film, which tries to be half comedy and half drama. Perhaps one of the worst things about ‘Monuments Men’ is its score. Alexandre Desplat supplied the score here, which he has some impressive work under his belt, but here, he completely missed the mark at every turn. Instead of receiving a score that would add suspense or make us feel some sort of emotion, we got a score that sounds very similar to HBO’s ‘Curb Your Enthusiasm‘.

It was all very silly and slap-sticky. It completely takes you out of the element. Especially in the last scene of the film, which is a blatant rip off from ‘Saving Private Ryan‘. It is laughable, and not in a good way. ‘Monuments Men’ has a great story and a great cast, but missed the mark on just about every level. This movie could have been much better if someone else took the reigns from the get-go. Unfortunately, I cannot recommend this. Instead, wait for this to air on cable before you enjoy.