‘The Red Violin‘ director Francois Girard’s indie drama, ‘Boy Choir‘ has some massive star power in the cast. Debra Winger, Josh Lucas, Eddie Izzard, Kevin McHale and Dustin Hoffman are bringing the story of a troubled 12 year old in Texas, who, after his single mom dies,  ends up at an East Coast boy choir school, to life. 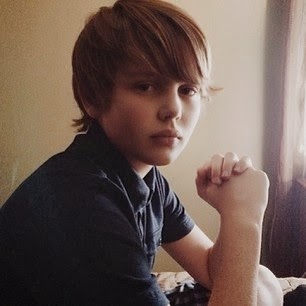 Newcomer Garrett Wareing stars as Stet, an angry, young boy, completely out of his element in the new school and finds himself in a battle of wills with a demanding choir master, Carvelle (Hoffman), who recognizes a unique talent in the kid and pushes him. Everyone is surprised when Stet achieves the standard required to take part in the Boy Choir -a choral band of brothers who travel the world and maintain the school’s famed status.  Lucas plays as the boy’s estranged father, McHale as a young music teacher who champions the boy. Winger is on board to play the principal at the boy’s Texas school and Izzard is a teacher at the new school who is Carvelle’s right-hand. This role was originally claimed by Alfred Molina before scheduling conflicted. Kathy Bates will have a supporting role as the school’s headmistress.

Ben Ripley penned the script, and Judy Cairo, Carol Baum and Jane Goldenring will produce. Michael A. Simpson and Eric Brenner are exec producing with Ripley. The film is based on the American Boychoir School in Princeton, New Jersey. You just know this one is going to be amazing and surely a stellar launch to the career of Wareing.