Alexander Skarsgard Will Swing Into Theaters As ‘Tarzan’!!! 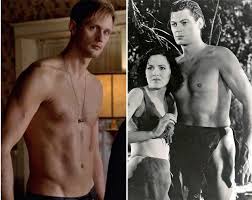 If you’re like me, there is no story line too far fetched to keep me from gazing at the Nordic god-like appearance of Alexander Skarsgard. I’ve proven that by sitting through ‘Zoolander‘ one too many times and even the disaster of a film that was ‘Battleship‘. Now that I know there is a 3D live-action version of ‘Tarzan‘ going full speed ahead starring the Swedish bombshell, I’m more than a little excited about the idea of Skarsgard appearing on screen most of the time sporting only a loincloth. Thank you Warner Brothers! It comes our way in July 2016, in what will be a tent pole for the company’s summer movie season. 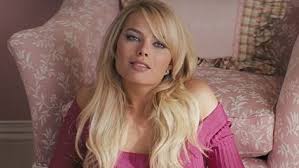 David Yates, the director behind the last four ‘Harry Potter‘ blockbusters, is taking point as director for ‘Tarzan‘. The project is in preproduction and is based on the Edgar Rice Burroughs original story. I find it kind of strange that we always hear the same ‘Tarzan‘ story. There are over 25 books about the King of the Apes written by Burroughs, but television always brings us the same story. This film gives us the same expectations. Orphaned as a baby and raised in the jungle, Tarzan  returns to urban London as a man. I am so, so excited to see how this story-line unfolds with not only the man candy that is Alexander Skarsgard, but the inclusion of ‘Django Unchained‘ co-stars, the legendary Samuel L. Jackson and one of my favorite character actors, Christoph Waltz. 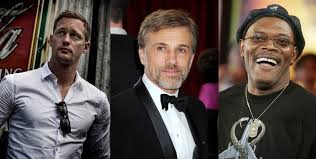 The studio stalled production which was to move forward last spring with Jessica Chastain (‘Zero Dark Thirty‘, ‘The Help‘) attached as Jane. With the passage of time comes a new female lead. Margot Robbie, who some of us fell in love with in ‘The Wolf of Wall Street‘ is picking up the adventuress’ lines.