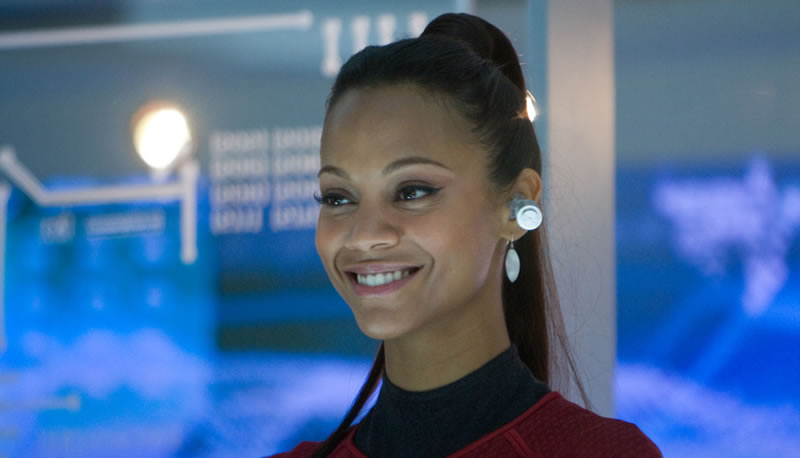 Zoe Saldana has been cast in NBC’s four-hour miniseries “Rosemary’s Baby,” an adaptation of the 1967 best-selling suspense novel by Ira Levin. Saldana will play Rosemary, the iconic young wife and would-be mother who, with her husband, moves into a Paris apartment that has a darkly storied past. After finally getting pregnant, she becomes increasingly suspicious that both her husband and their mysterious neighbors have ulterior motives about the future of her child.

Saldana has a lengthy film career, including a co-starring turn in the biggest box-office hit of all time, “Avatar.” She has been nominated by the Broadcast Film Critics Assn. and Washington, D.C., Film Critics Assn. for her role in 2009’s “Star Trek” reboot. She is an ALMA Award winner for “Colombiana” and earned BET and Image Award nominations for “The Losers” and “Avatar.”

She recently appeared in the Christian Bale drama “Out of the Furnace” and upcoming projects include Marvel’s “Guardians of the Galaxy,” “Blood Ties” and the animated film “The Book of Life.”

“Zoe has proven that she is one of our most gifted actresses and we think she has the perfect combination of spirit and gravitas to take on the title role from Ira Levin’s infamous novel,” said Quinn Taylor, Executive Vice President, Movies, Miniseries and International Co-Productions, NBC Entertainment. “With Zoe leading the cast under the direction of Agnieszka Holland, this reimagined event mini-series is off to a great start.”

Acclaimed director Agnieszka Holland, who has been nominated for both an Oscar (“Europa, Europa”) and an Emmy Award (“Treme”), will direct. Scott Abbott (“Introducing Dorothy Dandridge,” “Winchell”) and James Wong (“American Horror Story”) are writing the screenplay. Production is set to begin shortly in Paris, where the story is now set.