The Jason Momoa ‘Werewolf’ Movie Will Be Released in the USA!! 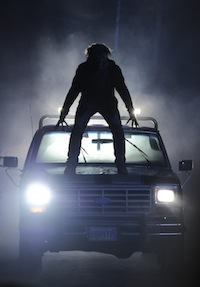 Good news, everyone. The U.S. will be getting the seemingly cool werewolf movie, starring Jason Momoa, Lucas Till, and Stephen McHattie. It’s been quite a long time since we’ve received an awesome werewolf movie. This particular one is called ‘Wolves‘ and is directed by David Hayter. This is Hayter’s first feature film to direct, as he is normally a writer. Hayter wrote the screenplays for ‘X-Men‘, ‘X-Men 2‘, ‘The Scorpion King‘, and ‘Watchmen‘. I’m curious to see how this turns out. I’m a sucker for Werewolf movies. Below is the press release.

WOLVES follows the story of Cayden Richards (Till) – a handsome eighteen year-old with a dark secret.  Forced to hit the road after the brutal murder of his parents, Cayden finds himself turning into a savage wolf and is thrust between two warring clans of werewolves fighting for control of the ominous town of Lupine Ridge. 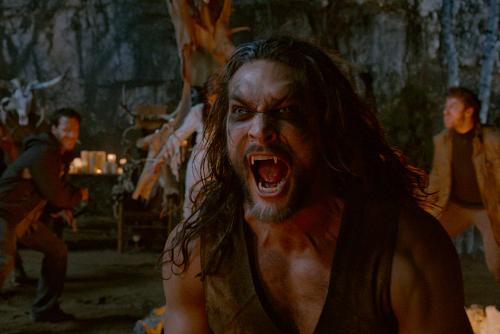 Ketchup CEO Gareth West stated “From the first time we saw Wolves, we knew audiences would be swept up in the exciting action and powerful storytelling. We are thrilled to be working with such a talented group of filmmakers and actors, and feel that Wolves is a great addition to the Ketchup slate.”

David Hayter said, “I am so pleased to partner with Ketchup Entertainment for the U.S. theatrical release of WOLVES.  My producers and I have worked for years to make WOLVES something special and unique, and I am confident that we have found committed partners who share that vision.”

The deal was negotiated by Ketchup Entertainment’s CEO Gareth West and Head of Acquisitions Stephen Stanley with UTA Independent Film Group and executive producer Benedict Carver on behalf of the filmmakers.  WOLVES is eyeing a Summer 2014 theatrical release.