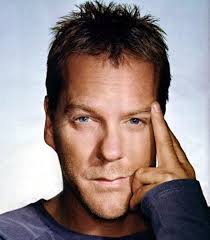 Keifer Sutherland (‘Touch‘, ‘The Confession‘) is coming back to the small screen. Sutherland reclaims the face of Jack Bauer, 4 years after the ‘24‘ finale, in the newly titled ‘24: Live Another Day‘, set to premiere May 5. Last time we saw Bauer, he was in Europe and a fugitive from justice. Tate Donovan (‘Damages‘, ‘Deception‘) joins ‘24: Live Another Day‘, as White House Chief of Staff, Mark Boudreau, A strong-willed political adviser who is married to President Jame Heller’s (William Devane) daughter, Audrey Raines, played by Kim Raver and Bauer’s former love. 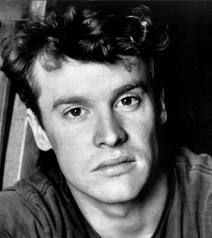 I can’t look at Tate Donovan and see anything other than Kevin from ‘Space Camp‘ (1986) and voicing the lead in Disney’s ‘Hercules‘ from 1997. Keifer Sutherland holds a special place with me as the face of so many good characters from movies I grew up with. ‘Stand By Me’, ‘Young Guns 1 and 2’, ‘The Lost Boys‘, ‘Flatliners’, ‘A Few Good Men‘, ‘The Vanishing‘…this list could go on forever. If I had to pick my favorite Kiefer Sutherland role, it would be a tie between David in ‘The Lost Boys’ and Doc Scurlock from the ‘Young Guns’ flicks. He had that edgy, scary role, then he made me fall in love with him.