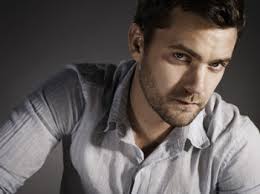 I love watching premium network series. It started with ‘The Sopranos‘. I was absolutely fascinated by how many times they cursed, how much violence it showed, and don’t forget all the T&A in the sex scenes! I should also include the story line arcs that I never wanted to end, as well. I just couldn’t believe this wasn’t a stand alone movie, but a series I got to watch every week! As time went by I had my attention divided to include ‘Big Love‘, ‘Weeds‘, ‘Nurse Jackie‘, ‘Dexter‘….and on and on and on. So I’m excited about Showtime’s announcement of two new series that have been picked up. 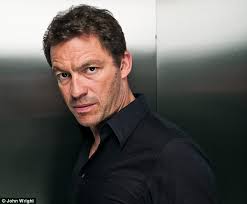 ‘The Affair‘ will tell the story from a dramatic and separate male and female points of view. The damaging effects of an extramarital affair including emotional and psychological are put front and center in this serial. Ruth Wilson (‘The Lone Ranger’, ‘Saving Mr. Banks’) plays Alison, a young woman married to Cole , Joshua Jackson (‘Dawson’s Creek’, ‘Fringe’), together they are recovering from the loss of a child. Added stress from Cole’s struggle with keeping the family’ financially strained ranch afloat makes a chance encounter with Noah seem a welcome break for Alison.

Noah is a NYC public school teacher and aspiring novelist played by Dominic West (‘300’ ‘Punisher: War Zone’). Maura Tierney (‘Liar Liar’, ‘The Good Wife’) is Helen, Noah’s wife of 17 years, college sweetheart and the mother to his children. Sarah Treem (‘In Treatment’ ‘House of Cards’) wrote the original script from a story co-created with ‘In Treatment‘ creator Hagai Levi. Treem and Levi will executive produce with director Jeffrey Reiner (‘The Event’ and ‘Friday Night Lights’).

‘Happyish‘ is a bit of a detour from the norm with a rather dark look at the pursuit of happiness. The unlikely idea begins to present itself that the pursuit might just be the very thing keeping us from happiness to begin with. Philip Seymour Hoffman (‘Capote’,  ‘The Big Lebowski’)stars, and executive produces, as Thom Payne, a 42 year old worker bee with bosses half his age. Rhys Ifans, who will forever be cemented in my memory bank as the constantly half naked Spike from ‘Notting Hill‘ and The Leg from ‘The Replacements‘ not to  mention his turn as Xenophilius Lovegood in ‘Harry Potter and the Deathly Hallows Part 1‘, plays Jonathan, Thom’s mentor and boss. Searching for happiness leads Thom on a personal venture where he gets different advice from everyone in his life.

With internal quandaries about Prozac, Viagra and business rebranding, we meet his wife, Lee Payne played by Kathryn Hahn (‘Parks and Recreation, ‘The Secret Life of Walter Mitty’), who is looking for her purpose. Created, written and executive produced by Shalom Auslander (‘Trending Down’). Joining the project as co-executive producers Ken Kwapis, who developed the story, and Alexandra Beattie.

I’m looking forward to any event where I can take my teenage crush on Pacey Witter, (Jackson’s character from ‘Dawson’s Creek’), and re-live some fantasies that involve him being more than half naked. Add into the mix my love for Philip Seymour Hoffman’s turn as the celebrated writer and cultural icon, Truman Capote. Seriously if you haven’t seen ‘Capote‘, Redbox or DVR that movie! ‘Boondock Saints 2: All Saints Day’ fans will bawl like babies at Clifton Collins Jr.’s portrayal of Perry Smith. If you don’t, you clearly didn’t love Romeo!