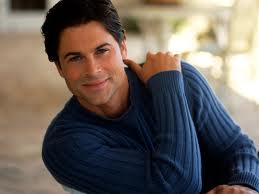 If you were scared you wouldn’t see Rob Lowe weekly after his stint in ‘Parks and Recreation‘ ending, worry no more! NBC ordered a pilot for a comedy starring Lowe and executive produced by the star, as well. Writers Pete Huyck and Alex Gregory both having written for ‘Late Show With David Letterman‘ and ‘King Of The Hill‘, are writing the script and serving as show runners with Todd Holland (‘Malcolm in The Middle‘, ‘30 Rock‘) directing.

‘The Pro‘ features Lowe as a former tennis doubles champion, “Big Ben” Bertrahm, whose career flame-out and misguided investments have left him working as the pro at a tennis and golf club, where he tries to hustle and charm his way back into America’s 1%. TV is a better place with Rob Lowe in it. I love that we’re still going to have a chance to bask in the glory that is Rob Lowe. Playing a washed up tennis pro definitely plays right into Lowe’s wheelhouse.