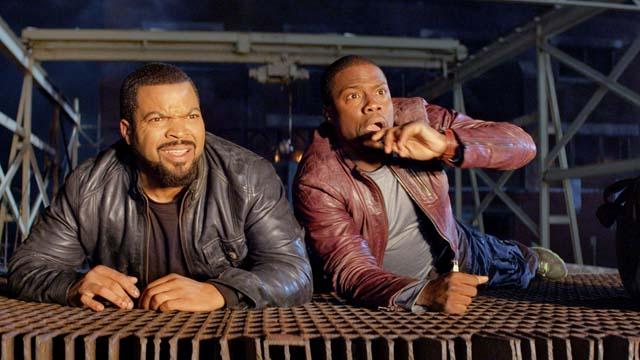 Once or twice a year, we the people receive yet another installment in the form of a buddy cop film franchise where two unlikely people are paired up to take out the world’s most dastardly criminals. Very few of these movies are worthy of your time, while most of them are forgettable almost instantly. With Tim Story’s PG-13 ‘Ride Along‘, the latter is unfortunately the ultimate result here. It makes sense that Story directed this as he made ‘Barbershop‘ and the recent ‘Think Like A Man‘ film, which both ‘Ride Along‘ stars Kevin Hart and Ice Cube starred in. I can see this movie doing well at the box office this weekend, but I expect negative reviews across the board.

There isn’t one thing in this action movie that hasn’t been seen, heard, or done one thousand times before it. The characters are one note and predictable, and even when a supposed twist or turn comes into play, you can see it coming from miles away, thus there isn’t really any suspenseful moments here, let alone any blood, guts, or cursing. And for these actors to tone it down in the form of adult humor and this action cop story to dial down its violence was a big mis-step. However, it was nice to see Hart carry a film, even if he was too over-the-top all the way through the movie. This proves Hart can be a leading man, and not the side kick he is used to playing, as he is the best thing about this motion picture. 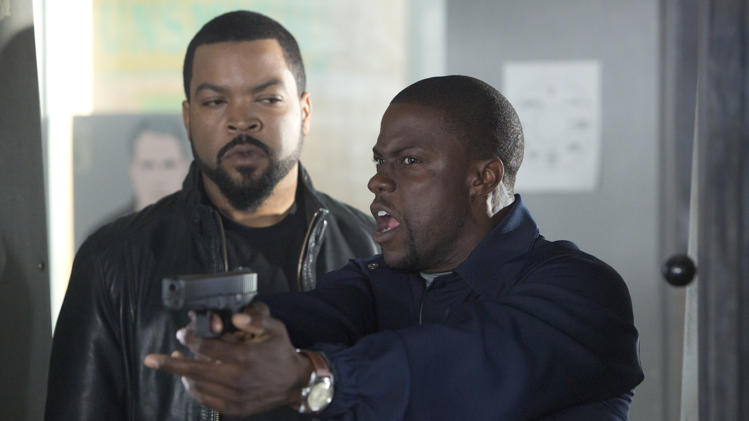 It’s the same story you’ve heard before – Ben Barber (Hart) is a funny and sweet man who has been accepted into the police academy in Atlanta and happens to be dating the beautiful Angela (Tika Sumpter), whose brother is James (Ice Cube), who seems to hate everyone and everything, and only concerned about catching bad guys by himself. Ben desperately wants James’s approval, and James will give it to him if he agrees to ‘Ride Along‘ with him for a day in the big bad police world. If you’ve seen the trailers, then you have seen most of the movie as Hart gets himself into some ridiculous situations and Ice Cube having to bail him out.

This paint-by-the-numbers script and its unsurprising characters bring down the entertainment value here in what could have been a much better film, or at least more fun. Once again cameos by John Leguizamo and Laurence Fishburne are completely underused here and the other supporting characters don’t really offer anything to the table other than stereotypes such as the always angry police chief. There are a few laughs here and there, but nothing memorable, and they want to set this up for more sequels, but they have some serious re-sketching to do if that’s the case.