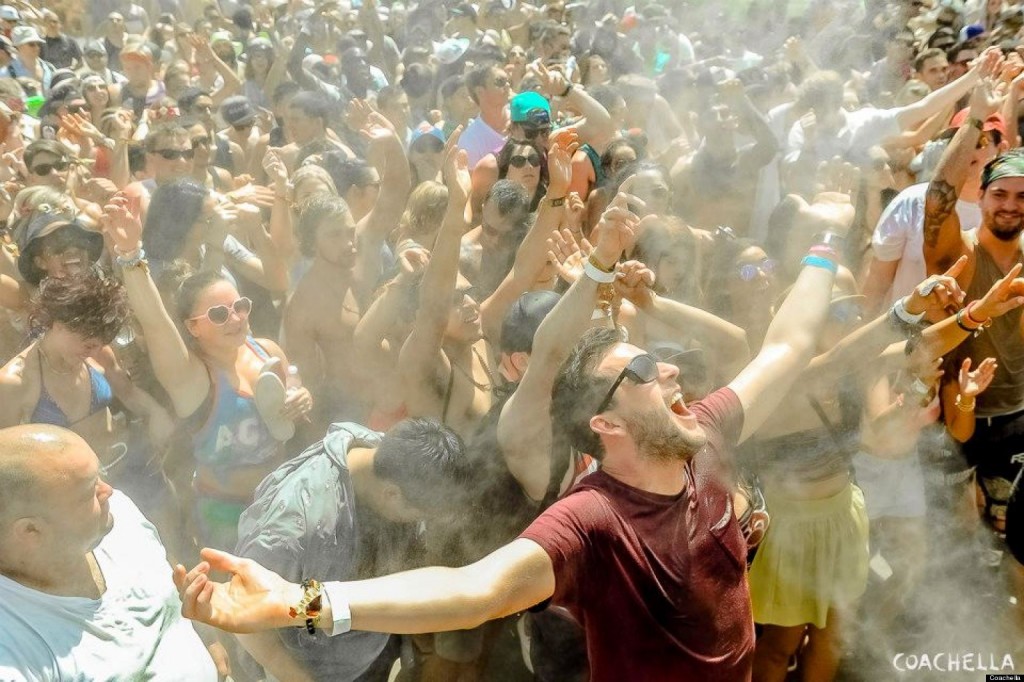 The Coachella lineup for 2014 is here and it is going to be ah-mazing! The weekends of April 11 and April 18 in Indio, California will host a veritable fashion show from music fans all over the world. Bands featured speak to music lovers of all ages, with a heavy dose of celebrity attendees.

Fridays of the weekends feature the rumored Outkast reunion to mark their 20th anniversary. Other bands include The Replacements, Ellie Goulding and AFI. Muse anchors the lineup on Saturdays. Queens of the Stone Age, Skrillex and 80’s and 90’s offerings from Pet Shop Boys and Fatboy Slim. The weekends round out on Sundays with Grammy award winners Arcade Fire, Beck and DJ Calvin Harris.

Besides the music offerings, there will be large scale art installations on display from Do LaB and Lucent Dossier.

The full lineup is below. Enjoy. 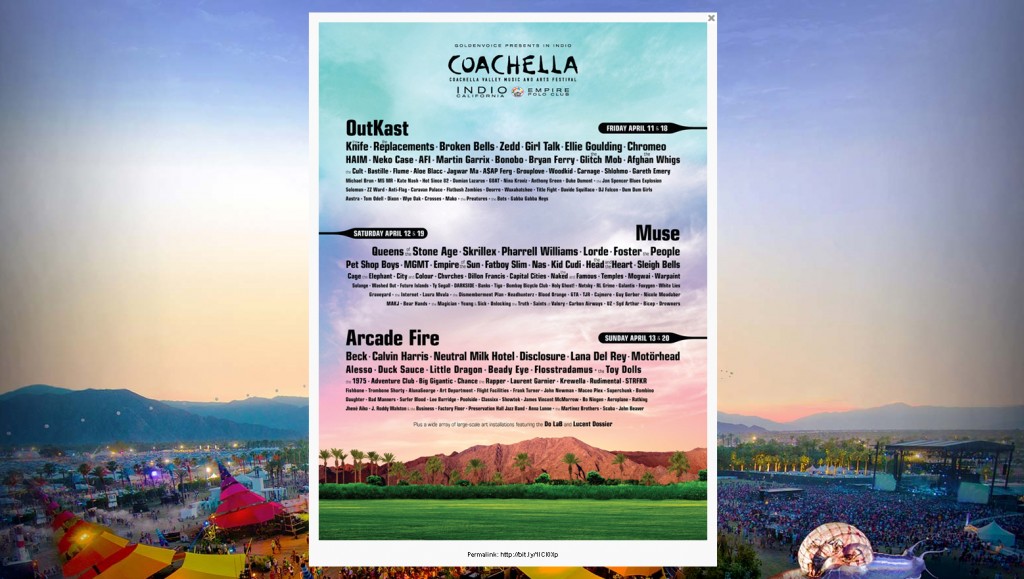