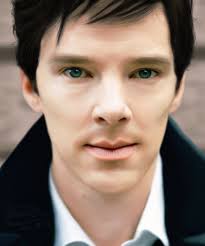 That sound you just heard is the collective sigh from The Cumber-Collective all over the world, upon hearing their poster boy, Benedict Cumberbatch is going to be starring in ‘Blood Mountain‘. Nothing can make a fan girl squee louder than knowing that he is increasing his on screen presence with another movie. Not that it’s possible for him to be any busier than he was in 2013. Cumberbatch was in every movie from last year, it seemed. With movies ‘Star Trek Into Darkness‘, ‘The Fifth Estate‘, ‘The Hobbit: The Desolation of Smaug‘ and TV’s ‘Sherlock‘, among others, his presence has been noticed everywhere.

‘Blood Mountain‘ tells the story of a private military contractor whose special forces team is ambushed and killed during a covert raid, forcing him to personally escort one of the world’s most wanted terrorists over hostile terrain in order to bring him to justice. With a bounty at stake and insurgents and rival mercenaries hunting them, the two find themselves facing not only their enemies, but each other in their fight for survival. Sergei Bodrov (‘Mongol‘, ‘Seventh Son‘) will direct and Nicola Horlick and James Gibb, along with Lawrence Bender producing as he did for many of Quentin Tarantino’s films including ‘Pulp Fiction’ ‘Reservoir Dogs’, ‘Kill Bill’ and ‘Inglorious Basterds’.

Cool tidbits of info on Benedict Cumberbatch: His parents played his character’s parents on Sherlock. He has heterochromia, which means each of his eyes contain a different combination of blue, green and gold. Is a total adrenaline junky and in 2005 he was kidnapped in South Africa by six armed men and was stuffed in the trunk of a car. That makes me like him just a little bit more, as if that was possible!