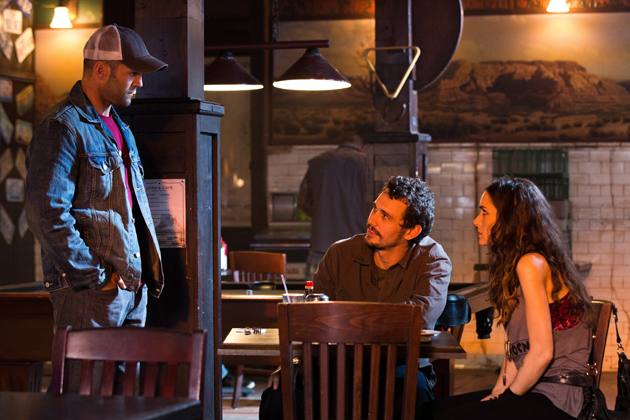 It’s quite strange for Hollywood to be releasing this type of film for families on Thanksgiving. ‘Homefront‘ is a violent and bloody action thriller starring Jason Statham and James Franco, with a small appearance by Winona Ryder. The cheesy script is based on a novel by Chuck Logan and was written by Sylvester Stallone, who seems to not have grown out of the 80s action films he starred in. While Stallone is nowhere to be seen in this movie, he does serve as producer and writer, as his handprints are all over this.

What follows is a string of curse words, fight scenes, and poor dialogue. All the while, the whole child in distress scenario is hammed up and played out. I was hoping that director Gary Fleder would allow Statham to use his marital arts skills to the fullest, however, his camera angels are quick, choppy, and uninteresting, thus giving us some sub-par action sequences. Not to mention that everyone seems to have a good time during making the film, but nobody seemed to tell Statham to have too, as he is always calm and collected through every portion of the film.That being said, it’s quite fun, even if it’s stupid fun. If you’re looking for a ridiculous action film this holiday weekend, then this is your best bet.