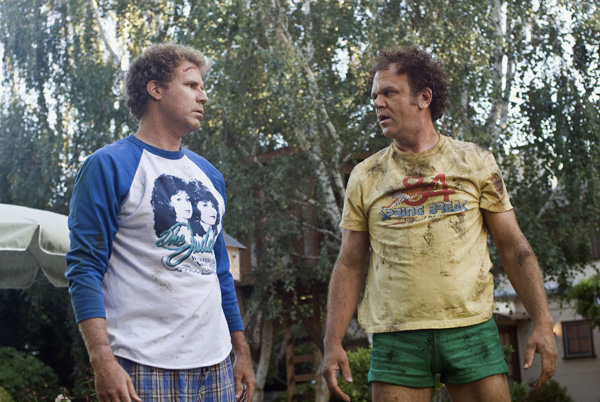 I love a good buddy movie and won’t even pretend that I don’t. That being said, I loved Will Ferrell and John C. Reilly teaming up in Step Brothers! Needless to say, this news about a new film from Sony and Ferrell’s joint company, Gary Sanchez Productions, with Adam McKay, got me excited for what this movie will have in store. Sony is remembering that sweet payday that Step Brothers brought them when it earned $100 million in domestic box office sales, I’m sure. Devil’s Night is the name of this potential comedy gold. If that name doesn’t evoke memories from movies like The Crow and Grosse Pointe Blank, well you just haven’t been paying attention.

Taking place on October 30, Devil’s Night tells the story of how the night made Leonard and Gabe best friends as kids. 15 years later, the wicked night has grown out of control and they have to team up to rid their neighborhood from it’s evil grasp.

The upcoming flick features the writing talents of Andrew Mogel and Jarrad Paul. The pair of writers have worked on Yes Man, both writing and with Paul acting a small role, as well. Jarrad Paul looked so familiar to me and I had to look a little bit to figure out why. I loved Tim Allen’s Home Improvement when it aired. Paul played Brad’s friend, Jason. The smug, smarmy friend that threw a party at the Taylor home. He still looks smug and smarmy. Maybe I just remember his character too vividly.

We still have Anchorman 2: The Legend Continues to look forward to. Ferrell picks up the mustache to transform into Ron Burgundy, again. Apparently John C. Reilly will put in an appearance on it, as well. Reilly is currently filming Marvel’s Guardians of the Galaxy.

With this amazing comedy duo, what’s next? I really enjoyed their performances in musicals. Ferrell in The Producers and Reilly in Chicago. I want to see one of these buddy comedies as a musical. I bet all their usual cronies can carry a tune, if not, it would only add to the hilarity. It would be like Monty Python’s Spamalot meets Talladega Nights. That can’t be a bad thing, right?