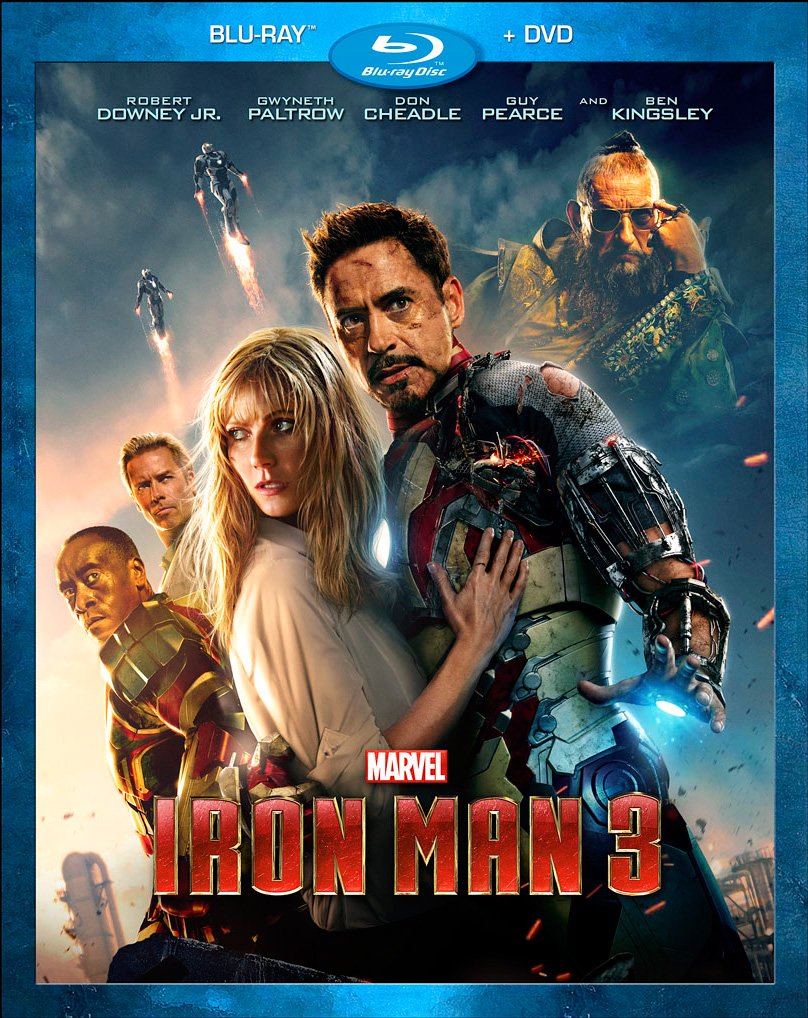 With ‘Iron Man 2‘ proving to be less than stellar back in 2010, this third sequel of the Marvelhero returns with a much needed boost of attitude and character that takes us through many twists and turns and tons of new Iron Man suits. This can be considered a sequel to both 2010′s ‘Iron Man‘ and Joss Whedon’s ‘The Avengers‘. Director Shane Black tosses away much of the wham-bam action scenes and focuses on the quick witted humor and our hero’s internal struggle with crippling panic attacks. I have no doubt this will be a fan favorite of the franchise.

‘Iron Man’ I and II direct Jon Favreau serves only as producer this time as well as his recurring character Happy Hogan. It is known that Favreau turned the opportunity down to direct this third sequel as well as ‘The Avengers’ due to creative differences with Marvel, which can be heard on the ‘Iron Man’ commentaries. Shane Black got his start in 1987′s Predator as Hawkins, which also co-starred Arnold Schwarzenegger. He then went on to pen the screenplays to all of the ‘Lethal Weapon’ films, ‘Monster Squad’, and ‘The long Kiss Goodnight’. He then made his directorial debut with the wonderful modern noir film ‘Kiss Kiss Bang Bang’, which starred Robert Downey Jr. As we have seen with Black’s previous scripts, he has an uncanny talent to write a story that has serious situations and characters, while at the same time every situation and character is silly and over-the-top. The forumla works and he brings it to ‘Iron Man 3′ as we see Tony Stark continuing to belt out cynical remarks and make us laugh, even in the most diabolical situations. It’s refreshing and fun from the usual context we see these characters in.

And this cross between seriousness and sarcastic seems to be a trait of every character, particularly Stark and Rhodes (Don Cheadle) as they both show their much different sides in and out of their respective suits. We start out with a Stark narration over a past event from New Years Eve in 1999 in Switzerland with Stark at a party with fellow scientist Maya (Rebecca Hall). They run into the odd and clingy fellow scientist Aldrich Killian (an unrecognizable Guy Pearce) who is wanting to talk with May and Stark about something new he has developed. In perfect Stark fashion, he stands him up for a one-night stand, leaving Killian looking over the world. We cut to present day at the Stark mansion in Malibu where Stark has been not sleeping and tinkering with his Iron Man gear for days on end. Meanwhile, Pepper Potts (Gweneth Paltrow) is the head lady in charge of Stark Industries with Happy Hogan (Favreau) head of security following her around and making things run almost too smoothly. Stark cannot be bothered with any of the bad events in the world as it seems he is too pre-occupied with his panic attacks and fumbling with new Iron Man related projects. Even the mass bombings going around the world and the hacking of the world wide television networks by a Bin Laden type terrorist who is known as The Mandarin (Ben Kingsley) seems to not even phase Tony.

As Pepper is at the office, a now handsome and suave Killian is trying to persuade Stark Industries some thirteen years later to team up for his project he tried to get off the ground back in Switzerland. Pepper turns him down for reasons unexplained, but things seem a little off. Then, maybe hitting too close to home these days, the famous Hollywood Chinese Theater is the setting for a bomb that goes off, killing a bunch of people. Amongst the bodies is Happy Hogan, but he has survived, but is badly injured. This sets Stark off, which leads to the terrorists to show up at his mansion in a team of helicopters that are heavily armed and literally destroy everything. Tony regroups in Tennessee without any fancy gadgets or any Iron Man suit, and for a good chunk of the film, relies on his brains and intelligence, rather than his machines to fight back.

He even has the help of a lonely kid (Ty Simpkins) as they slowly figure out what is causing these bombs and who really is behind this terrorist regime. This is my favorite Tony Stark has been in any of the films. While being the same snide yet funny, heavily charismatic,  somewhat offensive hero, Stark is forced to rely on being the hero he has come to be, without any of the money, technology, or resources. In one scene, he reminded me of Batman, as he used his intelligence and bravery to scale a mansion and easily take out his foes. Then we have Stark being his brash self and is not above calling a kid a pussy or telling him he will run him over with his car. Downey Jr. just owns both Stark and Iron Man and do believe this was the role he was born to play. Cheadle does an amazing job as Rhodes this second time around and gives more depth and insight into both version of himself, being War Machine and Rhodey. Pearce shines here too and I haven’t seen him do such a great job since ‘Memento’.

Kingsley looks like he had a ball with this role and every time he is on screen, you yearn for more. This is easily one of my favorite roles for Kingsley as it’s very memorable. Paltrow has much more screen time in this sequel and we finally get a glimpse into her and Tony’s relationship, even if at times seems redundant with her constantly telling him to settle down. It was truly great to see Tony Stark rise to the ocassion without the suit and him deal with his deep seeded issues that have plagued him since the beginning.

The script is witty, funny, and smart, with brilliant and memorable performances from everyone. There are are some stellar climactic action scenes on land and in the air that will leave you on the edge of your seat drenched in sweat and wanting to see more from the vision of Tony Stark. The end credits are fantastic, and in true Marvel fashion, stick around till after the final credits scroll and witness a few more minutes that are quite amusing. ‘Iron Man III’ is a great addition to the Marvel universe and might be the best Iron Man film yet.

‘Iron Man 3’ comes with an impressive 1080p HD transfer and is presented in 2.40:1 aspect ratio. The detail is very sharp consistently. Closeups reveal each wrinkle, scar, and makeup blemish on every actor. Even during the epic CG action scenes, the detail is very sharp. From the exteriors to lowly lit interiors, the detail is exquisite. The colors are not overly saturated and pop off screen. Black levels are deep and inky with skin tones looking natural and smooth. There was no evidence of banding, aliasing or motion blur. This was a spectacular video presentation. This release comes with a demo worthy lossless DTS-HD 7.1 audio mix and it just rocks the house. The dialogue is always crystal clear and is easy to understand. There is no evidence of any pops, cracks, or hissing. The sound effects are loud and come often from the surrounds and are well balanced and prioritized. The directionality is out of this world as the sound really puts you in the center of all the action. The LFE is well balanced and the dynamic range is very wide. The bass rumbles the walls and the gun shots and Iron Man suits zip by with impressive sound. Both the video and audio presentations here are demo worthy. 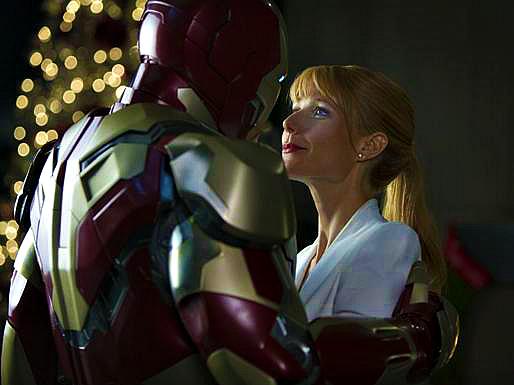 ‘Iron Man 3’ is the best ‘Iron Man’ movie to date. I could watch this over and over again. The video and audio presentations are demo worthy, and there are some amazing extras on this disc. There isn’t one bad thing to report here. This is a must buy.