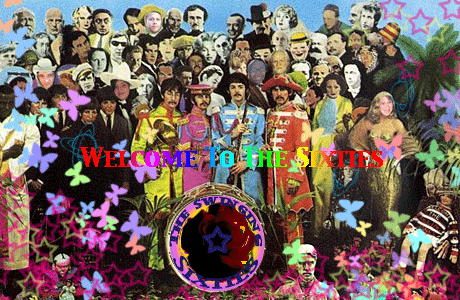 CNN and Herzog & Company are co-producing a provocative, sweeping 10-part documentary series that will explore perhaps the most transformative decade of the modern era. The non-scripted series will be executive produced by multiple EMMY® Award-winning producers Tom Hanks and Gary Goetzman (HBO’s John Adams and The Pacific), and EMMY® Award-winning producer Mark Herzog (History’s Gettysburg) of Herzog & Company (HCO), as a CNN original series for CNN/U.S., it was announced today. “From protests to war, to human rights, the Beatles, innovative technologies, and politics, the 1960s were an extraordinary era of consequential cultural and global change,” said Jeff Zucker, president of CNN Worldwide. “We are so pleased to partner with Tom, Gary, and HCO to bring this very special series to our audience. Projects like this are emblematic of exactly the type of programming that we need more of, signifying a new direction and expanded sensibility at CNN.”

THE SIXTIES will launch with a 90-minute special episode, “The Assassination of JFK (1963),” broadcast on CNN/U.S. in November 2013, and timed with the observance of the 50th anniversary of the assassination of President John F. Kennedy. The inaugural episode will explore the key conclusions of the controversial Warren Commission, as well as the shocking impact of the assassination upon the nation, and upon American politics. The series will resume in April 2014 with episodes about the events and people that shaped our history and character as a nation. Episodes will focus on the indelible impact of music and technology of the era, drugs, “free love”, and rock and roll. Key moments of the era will be revealed and explored through archival newsreel footage, personal movies, and interviews with eyewitnesses to history. Expert commentary from historians, including David McCullough, Robert Dallek, and Robert Caro, as well as recollections from people whose lives intersected with destiny, such as Dan Rather, Robert MacNeil, and others, will infuse new relevance to the cultural touchstones at the center of each episode.

The Sixties is a time period that has been covered numerous times. This collaboration promises to give a unique peek into the events of the decade and make you feel a part of the history. From music, world highlights to the American political animal, the series will definitely be a centerpiece for water cooler talk.