The New Season of ‘Eastbound and Down’ Is About To Start!!! 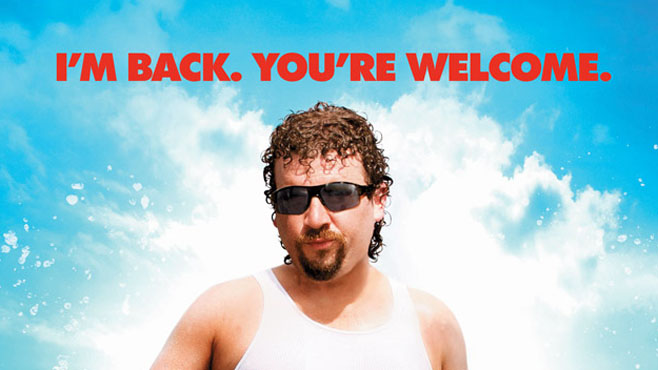 On the previous season of EASTBOUND & DOWN, Kenny Powers finally made it back to the majors and recaptured his former glory, only to fake his own death and run back home to his beloved April. Fast-forward several years later, and Kenny’s living the American Dream with his family in North Carolina. What could spoil their suburban paradise?

Bored with his dead-end job and suburban lifestyle, Kenny Powers – now married to April and the father of two – ponders a career move after partying with Guy Young, a former teammate and current host of a raucous TV talk show.