The ‘Fast and Furious’ Spoof, ‘Superfast’ Has Cast Its Leads!!! 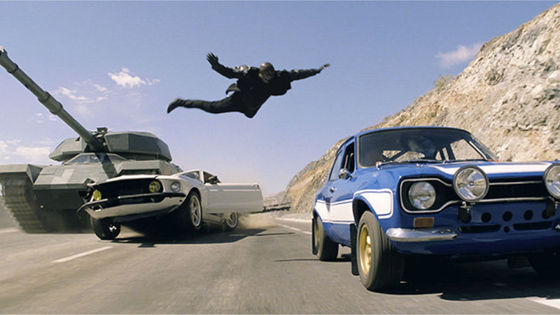 Finally. I’m surprised it’s taken this long for there to be a spoof made from ‘The Fast and Furious‘.  The writer-director team of Aaron Seltzer and Jason Friedberg who have both brought us’Vampires Suck‘, (as if ‘Twilight‘ didn’t already show us that), and ‘Meet The Spartans‘. Personally, they ought to be grateful King Leonidas isn’t around to kick their arses all over the place for that one, but I digress. They’re sticking to the method they know best by filling the roles in ‘Superfast‘ with up-and-comers.

Alex Ashbaugh and Dale Pavinski are in final negotiations to star as the Paul Walker and Vin Diesel characters. Ashbaugh slightly resembles Paul Walker and his latest acting credit is in ‘The Canyons‘. He’s listed after Young Hot Guy, so I’m guessing he doesn’t have a huge role in that Lindsay Lohan vehicle. Ashbaugh most recently shot the lead role in the horror film ‘Paraphobie‘ for Philip Dawe of Blumhouse Productions and Revek Entertainment. Pavinski resembles Diesel, as well. His biggest acting gigs to date are his stunt work. Which means we probably saw a lot of him in ‘Underworld: Rise of the Lycans‘ and ‘Taken‘. He’s also dabbled with writing and directing several shorts. 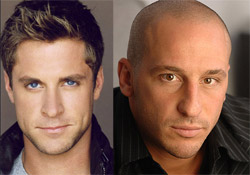 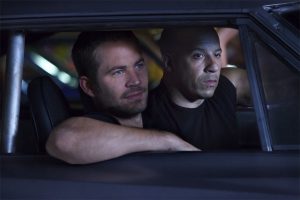 Lili Mirojinick is one of the actresses that looks oddly familiar because she’s had a bit part in several tv shows and movies, ‘Cloverfield‘ and ‘Grey’s Anatomy‘ are among them. Andrea Navedo has a little more success in that she garners about 7 episodes per acting gig, ‘Law & Order‘ – Special Victims Unit, ‘How to Make it in America‘ and ‘Guiding Light‘ are such instances. She was also in a little movie titled ‘Porn ‘n Chicken‘. It was a made for TV movie, but after hearing the title, I HAVE to find out what this one is about. Too many thoughts rushing through my mind on their own. Anyhow these two actresses are being considered for the Jordana Brewster and Michele Rodriguez roles.

Daniel Booko, meanwhile, is set to fill the role played by Matt Schulze in the 2001 original. Booko has made a name for himself as a vocal actor. He actually had a small part in ‘The Fast and Furious: Tokyo Drift‘, why no one has given this man a chance to show those gorgeous abs before is beyond me. Hopefully this will be the time we all get to appreciate that.

‘Superfast‘ is set to start shooting in October in Los Angeles. Peter Safran is attached as producer and he just wrapped the aptly titled ‘The Starving Games‘, this has to be a spoof of ‘The Hunger Games‘ or else the starving kids in Africa is suddenly funny.