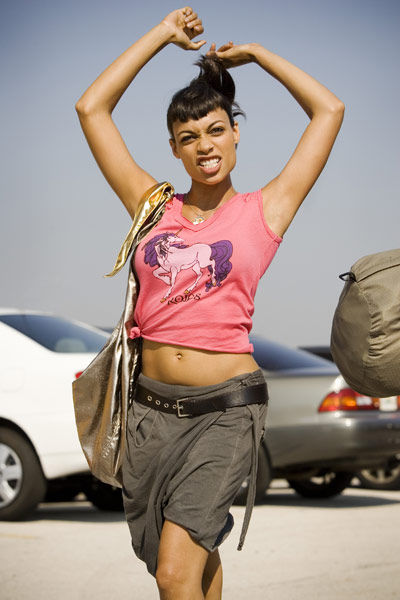 We reported a few days ago that Blumhouse Productions, the production company responsible for the ‘Insidious‘ films, are developing a new horror franchise called ‘Incarnate‘ with Aaron Eckhart starring. You can read about that HERE. Now it seems that the beautiful Rosario Dawson is set to star opposite Eckhart.

‘Incarnate‘ seems to go the possession movie route that will follow an exorcist who can dig deep into the mind of the possessed person and help them out, but meets his match when a nine-year old boy is possessed by a strong demon from his past. And again, Brad Peyton is directing the film, which  is unfortunate, because he’s the same guy who directed  ‘Cats and Dogs: The Revenge of Kitty Galore‘.

And just I predicted in one of our last podcasts, this ‘Incarnate’ franchise will be made on a microbudget, meaning around $15 million or so. And the studio will most likely make more than $40 million opening weekend, just like ‘Insidious 2‘ did. I like this cast so far, but the director and writer haven’t done anything worth seeing yet. Let’s hope this is different.