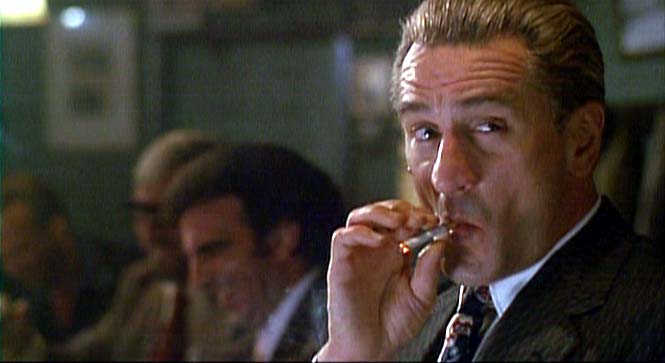 James Gandolfini left an emptiness in his wake, especially for those of us that loved him on HBO. His legacy lives on with HBO, as befits Gandolfini’s biggest and arguably best starring role in, the numerous award winning, ‘The Sopranos‘.  Gandolfini played a role in the ‘Criminal Justice‘ pilot, that will be filled by none other than, Oscar winner, Robert De Niro. The actor who is no stranger to playing mafia characters has stepped into the vacated too soon size 12’s James Gandolfini left behind after his untimely death in June of this year. Robert DeNiro is a legend in his own right playing such famous parts in ‘Taxi Driver‘, ‘Godfather II‘, ‘Raging Bull‘, and ‘The Untouchables‘ to just name a few.

DeNiro is now attached to the seven-hour miniseries, while Gandolfini receives an executive producer credit in the afterlife.  Steven Zaillian has been guiding this project for over four years and is set to direct the first hour. Richard Price, writer of ‘The Color of Money‘, ‘Shaft‘ and ‘Ransom‘ wrote ‘Criminal Justice‘ based on the BBC Series created by Peter Moffatt. Moffatt is no stranger when it comes to BBC telly, having 10 writing credits to his name. Fortunately for the watching audience, Moffat is NOT related to Steven Moffat of ‘Dr. Who‘ fame that relishes torturing fans of his shows.  The Mini-series will be produced by HBO in association with BBC Worldwide Productions, Film Rites and Tribeca Films.

The show and all involved was reasonably unsure if it would proceed in the immediate aftermath of Gandolfini’s death in Rome. Gandolfini’s commitment had been so passionate about the project, which would begin filming upon his return from Rome, the network and Zaillian began looking into ways to do Criminal Justice in a way that would honor the late star.

HBO brings us another crime story centered in New York, this time. The role Gandolfini originally brought to life was an ambulance-chasing attorney who gets in over his head when he takes on the case of a Pakistani (Ahmed) accused of murdering an Upper West Side girl.

The lawyer character is central to the overall story, in the premier episode the character would only appear in the final scene. This obviously led to some concerns about who could be recast in the part. Those involved were needing a great actor that Gandolfini would have wanted for the role and someone that would also honor Gandolfini’s memory with the performance. Their list consisted of one name only. Robert De Niro, luckily he agreed to take the part.

If you have HBO, De Niro, Gandolfini, and Moffatt involved in a mafia series, you’re bound to strike a ton of gold. I can’t wait for this.