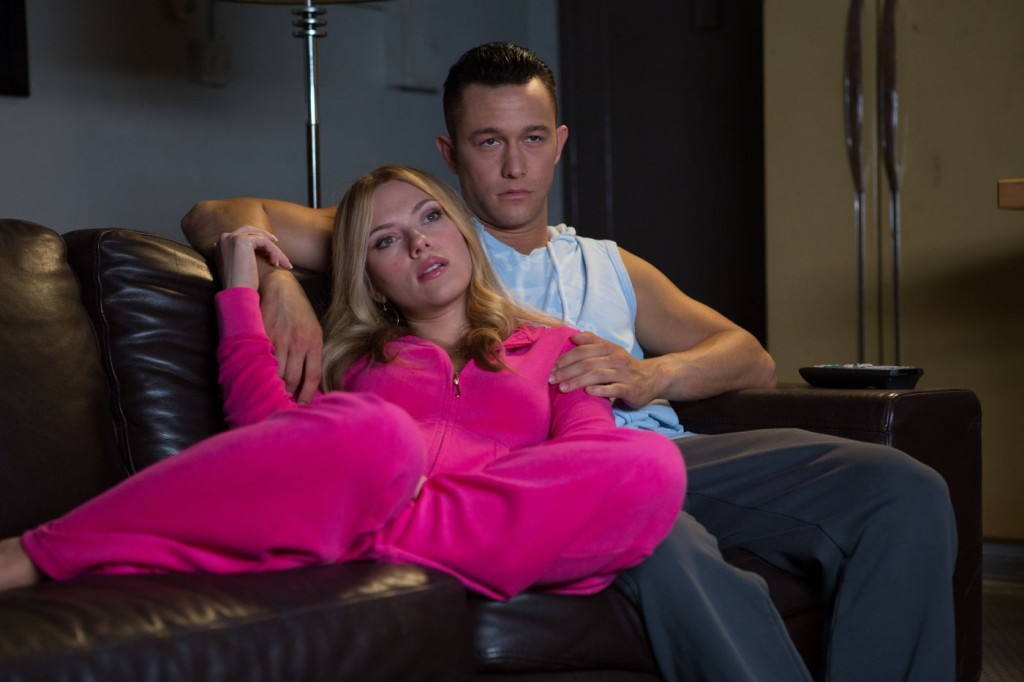 Here is Joseph Gordon Levitt’s debut as a writer/director/actor all in the same film, which is called ‘Don Jon‘. This movie at its core shows a simple man’s transition from an unlikable Guido sex-obsessed douche-bag into somewhat more a friendlier human being who is capable of having meaningful relationships. Levitt’s directorial and writing debut is quite fun and a tad-bit meaningful, but is often quite repetitive as we go along with his character, who himself can’t seem to stop doing several habits. Levitt and his love interest Scarlett Johansson should draw a decent crowd at theaters, considering the adult subject matter, but I see this making more money on home video than in theaters.

Some of the best scenes are at Jon’s parent’s house, where they seem to have a family dinner once a week where his dad (Tony Danza) is not above cursing at everyone at the dinner table and must have the football game at all times, even when people are talking. Danza shines in this role and garners quite a few laughs. And Levitt must be a huge fan of Kevin Smith, because there is a Silent Bob moment towards the end of the film where his sister (Brie Larson) is literally silent through the whole film, but speaks one sentence that completely changes the picture.This is a good first film for Levitt and he can only improve from here. He is brilliant as Jon and shows his struggle between his two personalities. His camerawork wont win any awards, but tells the story straight, yet repeats itself often as does the story. However, the payoff is good enough in the end to hatch a smile and make you glad that you were there to watch the film.