Check Out The Trailer for HBO’s New Series ‘True Detective’!!! 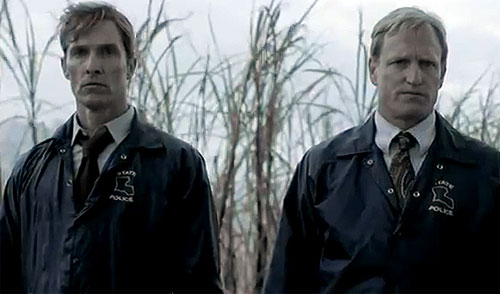 After you watched ‘Breaking Bad‘ last night and recovered, then before you watched the season opener of HBO’s ‘Boardwalk Empire’, you might have caught the HBO trailer for their new series, ‘True Detective‘, which stars Matthew McConaughey and Woody Harrelson. Now that’s an impressive and fun duo right there.

The show will center on two detectives (McConaughey and Harrelson) whose lives intersect during a 17-year hunt for a sadistic serial killer in Louisiana. The series will premiere in January. Nic Pizzolatto created the series. Pizzolatto is a screenwriter who penned the upcoming remake of ‘The Magnificent Seven‘, which Tom Cruise is set to star. Cary Fukunaga will direct the series, which his popular film credit is ‘Jane Eyre‘. Kevin Dunn and Michelle Monaghan also star.