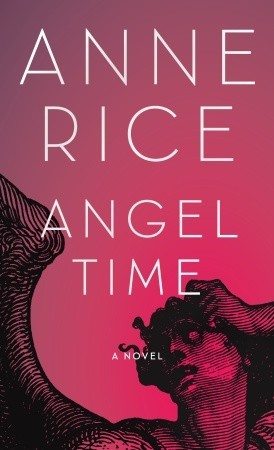 It began in 2009, Anne Rice’s name being synonymous with vampires and other dark creatures is a thing of the past. Now, the author, who made herself a household name with ‘The Vampire Chronicles‘ has turned to a new muse. In particular, Angels. Rice’s ‘The Songs of the Seraphim‘ novels are being developed as a television drama for CBS entitled ‘Angel Time ‘after the first of the Seraphim novels.

Joe Carnahan is on tap to direct with Rice, herself, executive producing. ‘Memphis Beat‘ creators Josh Harto and Liz Garcia are signed to write. ‘Angel Time‘ will be set in Rice’s favorite city of New Orleans. It’s to be a high-stakes, operatic drama involving Toby O’Dare – a contract killer of underground fame on assignment to kill once again. A soulless soul, a dead man walking, he lives under a series of aliases. He may soon find himself on a road to redemption – Should he choose it.

Can I just take a minute here to ask the one question I don’t see being answered. What is an operatic drama? Is this going to be a singing drama? I’m really confused what that is and I can’t even Google the term ‘Operatic Drama’, with any results.

Harto and Garcia are executive producing the project with Rice, Carnahan, Timberman and Beverly. ‘Narc‘ director Carnahan and Stuart Rosenthal is on a hot streak on the small screen with A&E’s ‘Those Who Kill‘ and NBC’S ‘The Blacklist‘,which drew big ratings, both going to series after Stuart Rosenthal directed the pilots.

Garcia wrote and directed ‘The Lifeguard‘, a Sundance movie which Harto produced with her. Carl Beverly has four series either on air or in the works without the addition of Angel Time; Elementary and Unforgettable on CBS, Justificed on FX and Masters of Sex which premieres on Showtime this weekend.

The development roster also includes CBS medical drama ‘Dorothy‘…if you’re thinking of the characters and themes from ‘The Wizard of Oz‘, you’re right. Blood, Sweat & Tears is also on the lineup as an A&E serialized drama  that centers on the world of amateur Bull Riding and set in none other than Texas.