Liv Tyler from ‘Lord of the Rings‘ and ‘Empire Records‘ is teaming up with Justin Theroux (‘Charlie’s Angels: Full Throttle‘ and ‘Six Feet Under‘) in Damon Lindelof’s HBO drama pilot, ‘The Leftovers‘, which is directed by Peter Berg. Lindelof and Tom Perrotta co-wrote this pilot, which is based off Perrotta’s book,which is about people who did not make it to the next level after the Rapture happens.

Tyler will play Meg, a young woman who is on the verge of getting married but needs an escape. She becomes a target for recruitment by members of a cult. This is Tyler’s first TV gig and just recently wrapped ‘Space Station 76‘ and ‘Jamie Marks Is Dead‘. She also wrote an etiquette book with her grandmother and will be published by Random House. 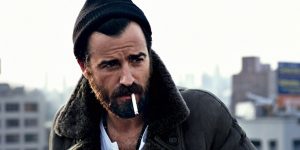 It will be interesting to see Berg’s work on this HBO pilot, as the last thing he did was the epic falire movie ‘Battleship‘. That being said, he has done a few good projects including ‘Very Bad Things‘ and ‘The Rundown‘.  There is a lot of press and enthusiasm for this upcoming project. I really think with the right cast that it will do very well and Liv Tyler is a step in the right direction.