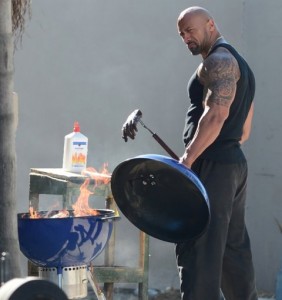 We have more casting news on Brett Ratner’s live-action version of ‘Hercules‘ that is starring Dwayne ‘The Rock’ Johnson. Tobias Santelmann has just been cast as lead bad guy opposite The Rock. Santelmann was one of the stars in the critically acclaimed indie film ‘Kon-Tiki‘. A big congratulations to Santelmann for this opportunity.

That being said, I think this movie is going to be awful. First of all, you have Brett Ratner at the helm, which doesn’t help. The only decent thing he’s ever done was ‘Rush Hour‘. And I can take or leave those movies too. Secondly, Ratner is making this as a more realistic movie, leaving out all of the supernatural elements and magic that surrounds Hercules. He won’t even be the son of Zeus, but rather a large guy that has a reputation for being a badass. Hercules will lead a team of mercenaries on a mission to stop bad guys. 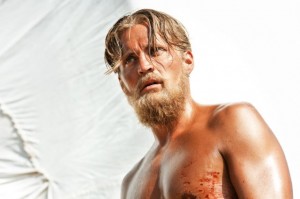 The Rock and Santelmann are joined by Ian McShane, Joseph Fiennes, John Hurt, and Rebecca Ferguson to all star in this version of ‘Hercules‘.  Shooting is already underway in Budapest with a release date of July 2014. As far as Santelmann’s role, he will play Rhesus, a long blonde haired guy who will try and stop Hercules at every corner.

No hope for this movie at all.  Your thoughts?