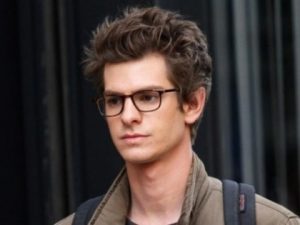 Martin Scorsese is finally getting his two decade long wish to shoot Japanese novelist Shusaku Endo’s novel” Silence” next summer. The cherry on this sundae is that he got “The Amazing Spider-Man” himself, Andrew Garfield to play the leading role. Ken Watanabe (‘Inception‘ and ‘The Last Samurai‘) has also signed on to star in this project, which will most likely garner attention from international distributors at the Cannes market, a first for Scorsese. The religious topic of this book/movie is very important to him from his aspirations to priesthood to his screen adaptation of Nikos Kazantzakis “The Last Temptation of Christ”.

Garfield will star as Father Rodrigues, a 17th century Portuguese Jesuit who travels to Japan with a fellow priest amid rumors that Rodrigues mentor has abandoned the church. This is during Asia’s time period of intense religious persecution and Christians were forced to practice their faith in the utmost secrecy. Wantanable will portray the priest’s interpreter with a Japanese cast that includes Issei Ogata (Emperor Hirohito in Alexander Sokurov’s “The Sun”).

Scorsese has prepared for a challenging marketing campaign for this film and will be made with the mindset of having a smaller office than his other movies like “Shutter Island” and “The Aviator”.  Scorsese has always been candid about his life growing up Catholic in New York City in the 1950’s. He was impressed enough to try and become part of that world, until he realized how complicated and dedicated someone had to be do complete vocation.

The location is still being determined for the movie. Emmett/Furla Films and Belgian producer Paul Breuls’ Corsan Films are co-producing it. Scorsese hints that veteran singer/songwriter Robbie Robertson may come aboard for the soundtrack. They had talked about it before Scorsese started his latest film “The Wolf of Wall Street” with Leonardo DiCaprio. 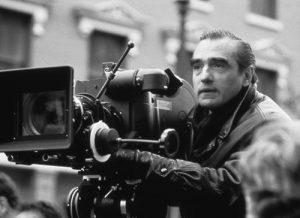 Scorsese first read Endo’s book about 25 years ago and was struck by the “complex simplicity” and it’s “cutting away all the trappings, cutting away the dogma, cutting away everything and dealing with the very essence of … you could say Christianity, you could say Jesus.” Scorsese started working on the adaptation with screenwriting partner Jay Cocks right after he finished the book, but other projects caused it to not be done in 1996. Asked whether he has any hesitation making a film about Catholicism at a moment when the Catholic Church has been making its most unflattering headlines since the reformation, Scorsese said: “Not at all. Certainly, it’s a religious subject, but the mystery that I’m talking about, Rodrigues’ conflict with himself, and the essence of Christianity — which is something I believe in strongly — is timeless, and has to do with who we are as human beings.”

When talking about how this production and audience might be smaller than what he is used to from his larger films, he said, “Then again, it’s a thriller. Thriller meaning they are undercover. “I’m interested in this, whether it’s undercover priests or undercover cops.” So there’s that.

Garfield is an amazing actor and I’m sure will shine in this Scorcese picture, as will Watanabe.  Your thoughts?