Anchor Bay To Release ‘I Spit On Your Grave’ Sequel!! 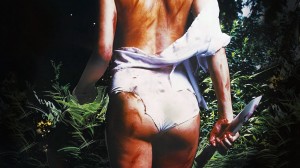 The movie sequel to “I Spit On Your Grave” eloquently called “I Spit on Your Grave 2” is scheduled to be released into theaters Fall of 2013. This controversial remake of the 1978 version has Steven R. Monroe directing again. Anchor Bay and CineTel films released the first chapter in 2010 and is probably hoping that the second chapter does better than the first one. “I Spit on Your Grave” made a little under $600k worldwide, but had a reported production budget of $2 million.

I’m surprised that there will be a sequel to this, because the remake did not make a whole lot of money. Seems like Anchor Bay and CineTel Films is banking that it will at least double their money. And I’m willing to bet the budget will be less than $1 million this time around. The original 1978 version is classic and actually a good revenge flick. I hope Monroe (who was the director of the remake in 2010) does a better job. To be honest with you, I did not like the first movie because of the gore in it. For those of you that did, I hope you enjoy the second one.